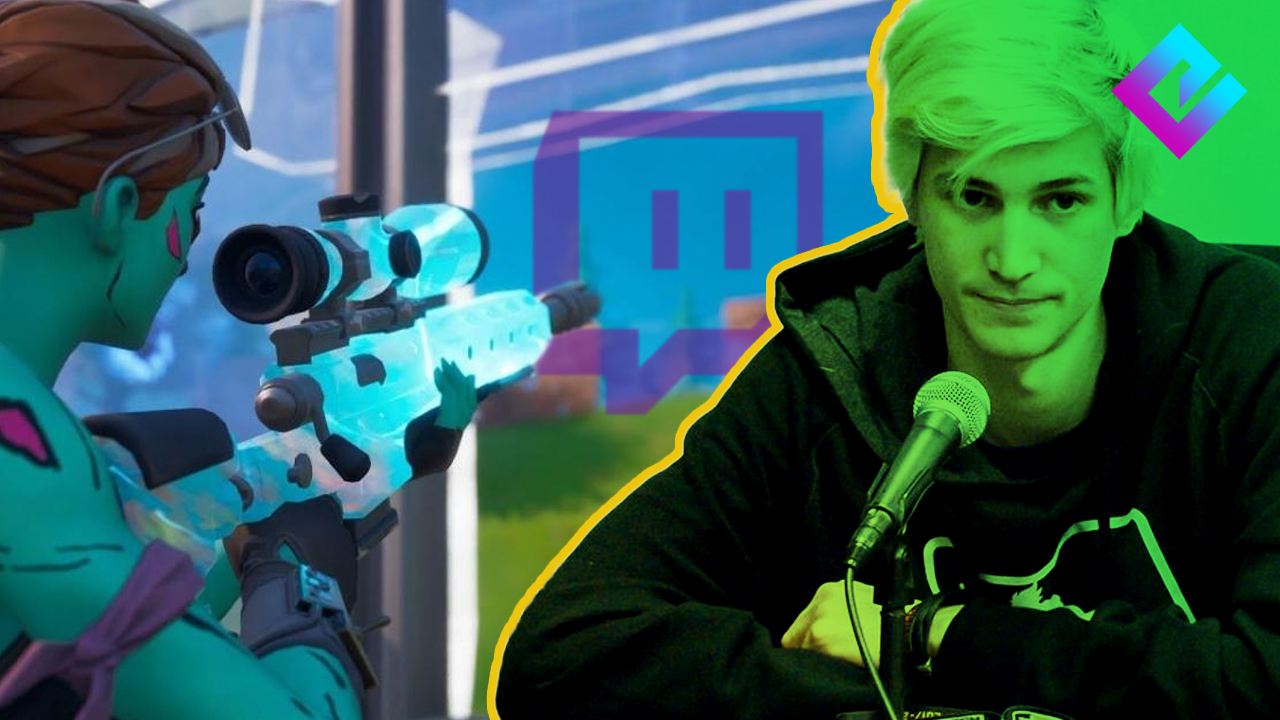 The popular Twitch streamer xQc has been incredibly vocal lately about the new Fortnite Season 5 that came out last week. But this latest batch of news surrounding him isn’t necessarily about the new battle royale season but the Fortnite stream snipers community who keeps reportedly targeting him.

The content creator was having a Twitch stream recently when he encountered several Fortnite stream snipers in a row. These were players who essentially watched his stream and then happened to end up in the same online battle royale matches as him.

This is a difficult thing to pull off when there are millions of possible players worldwide on different platforms, but it likely has to do with just trying to queue up at the same time as content creators like xQc. It isn’t too hard to pull off with the right timing and a little bit of luck.

From there, all the Fortnite stream snipers have to do is find the player in the middle of the match by watching his stream and then take him out while he is none the wiser. It is an unfortunate situation and one that is, technically, breaking the rules of battle royale.

But that is what xQc recently ran into during a Fortnite Season 5 stream. He was playing the game like usual and kept running into players who were seemingly Fortnite stream snipers. This was because of the situation surrounding these suspicious competitors.

The supposed Fortnite stream snipers would show up right near xQc as soon as he landed on the island in his exact location or would hunt him down and find him in random spots. They would do this whether they had guns or had just landed for the first time in the match and only had their pickaxes.

It is common for you to land in the same spot as another player, but for groups of players to keep landing and finding you in every match you do is pretty wild and likely an indication that some foul play is at hand. As such, it was no surprise that xQc was furious about this situation.

He went on a rant in the stream, calling the stream snipers names and noting that they should get a job instead of bothering him and watching his streams to take him out. This is a problematic scenario that makes him unable to play and enjoy the game, which goes doubly so for his audience.

It is a frustrating situation that will likely not be completely resolved even if the players are reported and banned by Epic Games for stream sniping, which breaks the rules. They will probably make more accounts, or new stream snipers will show up and continue their work.

There is one way that we can think of in which the content creator and others out there can avoid stream snipers by having their streams be a little bit more behind in terms of time. Twitch streams are typically already behind some to protect the streamer, but it’s clear that xQc needs even more of a gap.

There should be a delay in the stream of even longer, as a full minute if necessary, so that the user can enjoy the game and not have to worry about other players finding him and killing him. That won’t take care of the problem entirely, but he could at least have that and always be moving.

If there is enough delay, it will make it pretty hard for stream snipers to figure out where he is going and meet him there before he is already gone. It is a complicated solution since it does mean that fans will be watching a delayed reaction and stream where the creator won’t note their comments until seconds, if not minutes, after they send it.

For the fairness of the game and to make sure the community and Twitch streamers can have a good time together, it might be necessary for this to happen. In the meantime, the unfortunate thing is that this isn’t the only problem that xQc has with Fortnite currently.

Even if stream snipers give him a break and leave him alone long enough to play and enjoy the matches online with his community, there is still the issue that xQc doesn’t even prefer the competitive changes in Season 5.

He noted in a stream before this one that he was unhappy with the current state of the competitive scene in Season 5 due to the changes and new features added to the game last week in its release. Having nothing to do with the actual map or weapons, it is more about the gameplay features in the game.

With the theme of bounty hunters this season, Fortnite has introduced new quests and bounty features for players to do in the middle of matches. You can talk to random NPCs and take bounties to eliminate a specific player or complete other random quests for bars.

These bars can then be used to purchase powerful weapons, upgrade your existing weapon, or even hire the NPC to run around the map with you as an added party member. This is a fun new mechanic but one that doesn’t work too well to balance out the competitive side.

Epic has already addressed some of the concerns with it by making bars reset between matches in all competitive modes, so we will have to wait and see if that change will help xQc and other streamers like the new season more.