Who has the most Arena points as of April 2021

The Fortnite Arena is filled with competitive players who love to earn Hype points by destroying other players in Fortnite.

By performing well in the arena, competitive players will earn ‘hype,’ which is a way to determine how good a player is. As long as a player keeps doing well in each league and has earned enough hype, they can progress until they eventually reach the Champion League. The Championship League is filled with the best players in Fortnite and it is a constant struggle to keep up.

Championship leaderboards are where players can brag about their skills. In general, leaderboard players are willing to play at least 8-10 hours a day, with the top spot usually being taken by someone who plays 12 hours a day. This changes over time, and with April having come, there should be a new leader.

Related: Why the Fortnite community is unhappy with the Reboot-A-Friend event

The current top 3 are:

At the beginning of Season 6, a player named XTRA Reet6 was at the top of the list. Many speculated that the number two at the time, Marzz_OW, would take the number one spot soon. Marzz_OW was the number one ranked player last season with over 325,000 Hype at the end of Season 5.

A Reddit user once said that Marzz_OW had played 898 games in an average time of 15 minutes when he reached 100k. With the exclusion of tournaments, that’s 12.5 hours of in-game time a day. With this kind of work ethic, Marzz_OW was bound to retake first place.

As of writing this article, XTRA Reet6, who was once beating Marzz_OW, is no longer in the top 100. His fall shows how quickly things can change in the competition to be number one. It may be too late for any players to jump in and compete because Marzz_OW is already over 60,000 hype points and will continue to grow with each day. 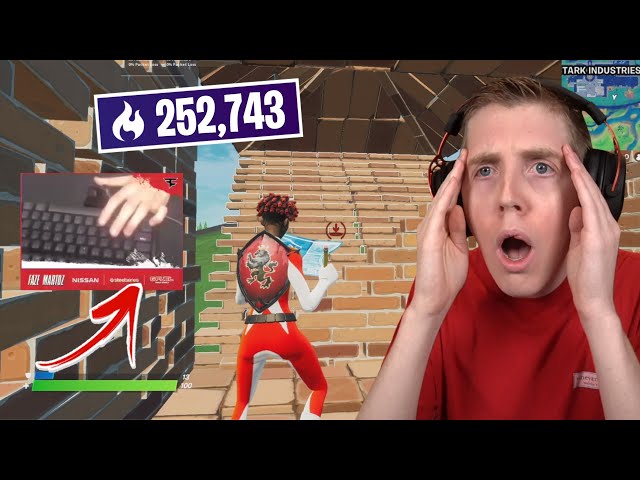 Despite this, Hype Points can be both a blessing and a curse. When a player is in his first few games, it’s a great feeling to see how well they do. In contrast, if the top spots reach tens of thousands in just a month as they did this season, some other players are likely to give up because success seems almost impossible.

Not cap are u crazy that’s advyth look up Fortnite hype leaderboard and u will see he’s 2nd at 308.615k arena points bruh

The result will be that regular Fortnite Season 6 players who can only play a few hours a day are unlikely to make it into the top spot.

Related: Don a Disguise Quest in Fortnite: Everything players need to know

Related: Fortnite Season 6: How is the Crystal Axe Of The Masters reactive in-game?

When does Fortnite Chapter 2 Season 5 start? Here’s everything we know so far

Fortnite: Where to Find the New Helicopters (& How to Use Them) – Screen Rant