Where to find Whiplash, Hayseed, and Bushranger

Fortnite’s Season 7 brought an interesting collection of NPCs along with the alien theme for players to interact with. Some of these NPCs are harder to find than others, while different ones are required for quests and challenges.

Two NPCs that players are talking about and that are involved in quests during the first couple of weeks of Season 7 are Hayseed and Bushranger. Players need to find these two around the Fortnite map and then talk to them for the quests.

Fortnite players obtained a quest to talk to Hayseed, the farmer NPC, hidden around Corny Complex, which tells players, “We need to talk about these aliens. Get to me.”

Hayseed can be found in the upper right section of the Fortnite map to the northeast of Corny Complex. He’s seen around an upside down ‘L’ shaped building on a hill near two large farm plots with a smaller shed next to it. 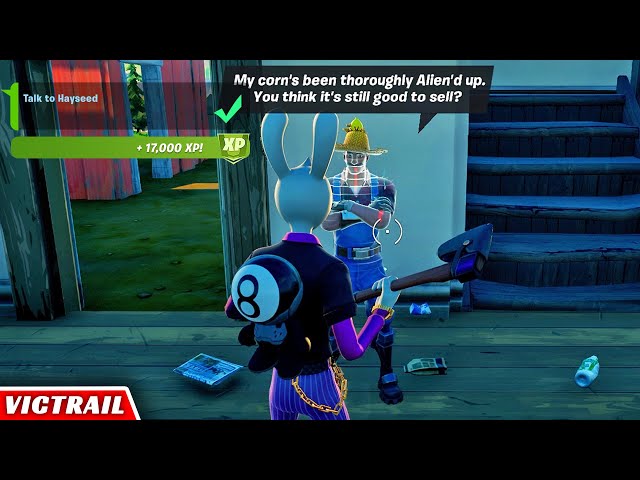 Hayseed offers miscellaneous tasks when players talk to him, like harvesting materials and collecting corn. Additionally, players can spend Gold Bars to activate a prop disguise to hide from enemies and survive until the end.

Another quest similar to the one prior tells players to converse with other NPCs, including Bushranger, Fortnite’s leafy friend. Bushranger lies near the center of the map where the alien invasion first landed.

Bushranger stands on the right side of the river near Boney Burbs that exits to the north side of the map. He’ll be walking around near the purple crater surrounded by fragments of metal and alien technology. 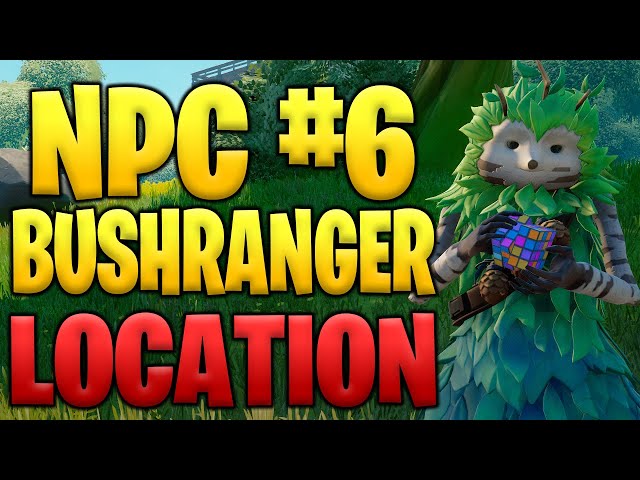 Like many NPCs, Bushranger offers a few quests that involve consuming food items in Fortnite, along with standing on a campfire. He can also turn players into a prop disguise, which makes sense since he’s practically a walking plant.

Quests are an important part of the Fortnite experience, and finding these two NPCs is something that most players will want to do at some point in the current season.

Where to place Prepper Supplies in Hayseed’s Farm explained • Eurogamer.net