Where to find ammo boxes in Fortnite Season 7

Now that Fortnite loopers have scouted out the terrain and are familiar with the layout of the land, phase three of the hunt for Riot can begin. In order to prepare for the task, the Special Forces NPC recommends that players stock up on ammunition and gear up before proceeding to the showdown.

It goes without saying that during a firefight, guns in Fortnite burn through ammo faster than wood on a campfire. So fierce is the fight that keeping large reserves of ammo on hand is the number one rule in-game. A single extra magazine can often determine the fate of a player.

Likewise, the Special Forces NPC wants players to take no chances while engaging with Riot. There is no second chance in a firefight, so going in prepared is of the utmost importance.

To ensure loopers have all the ammo they would need, the NPC is tasking players with looking and searching for five ammo boxes. To compensate players for the tedious task, 30,000 experience points will be awarded to those who are able to carry it out.

In order to complete this Fortnite challenge, players will have to locate and search for five ammo boxes in-game. Luckily for loopers, unlike loot chests, ammo boxes can be found in nearly every nook and cranny of the island.

Here are a few locations to search for ammo boxes:

These locations are secluded in nature, as they are unimportant in the current season. Therefore, players should be able to easily find at least 5 of the 10 ammo boxes at the POIs without having to worry about opponents lurking nearby.

Readers can watch this video for more information: 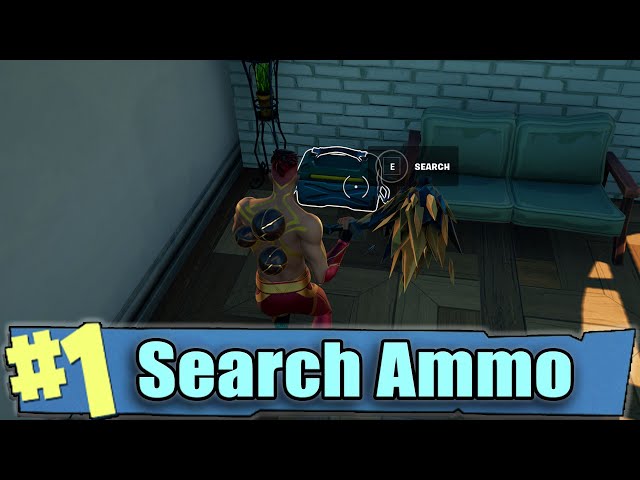 Also Read: Fortnite Rainbow Royale kicks off to support the LGBTQIA+ community, free rewards to be granted throughout the week