When does the Thanos skin come out in the item shop?

A few days ago, Fortnite announced the official Thanos Cup. Winners would take home the Thanos skin alongside other cosmetics.

While few players managed to win, many of those who competed were left high and dry. Nonetheless, the Mad Titan is finally on his way to Fortnite’s item shop.

First introduced to the game during an LTM three years ago, the Thanos skin debuted on the battlefield. While players never got to keep the cosmetics per se, they did witness his battle prowess firsthand. 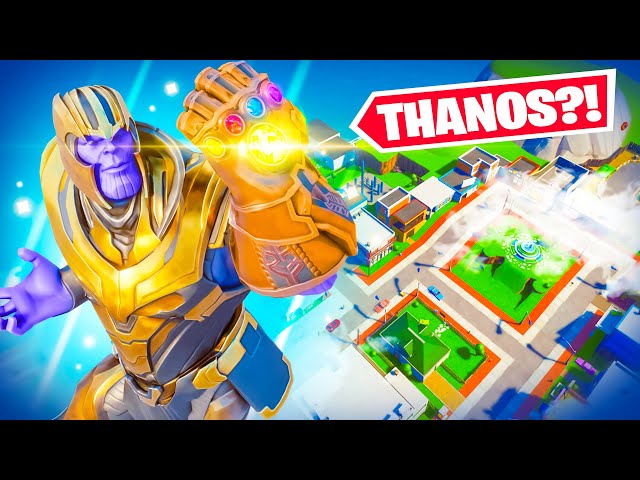 With the Fortnite Thanos skin finally coming to the item shop, players will be able to step into his shoes and sow chaos on the battlefield. While players will not get a Victory Royale from snapping their fingers in-game, the skin itself looks extremely intimidating and should keep enemies at bay.

When does the Fortnite Thanos skin come to the item shop?

Well, as luck would have it, the Fortnite Thanos skin should be available in the item shop in just a few hours. According to the official statement from Epic Games, the cosmetic will go live for purchase when the item shop rotates on June 26th, 2021, at 8 PM ET.

For now, fans must keep in mind that despite official timing, these things are subject to change based on Epic’s discretion. However, judging by the way the developers have been rolling out updates smoothly for a while now, the Thanos skin will be coming for sure.

Alongside the outfit, additional cosmetics will be coming as well. According to the official statement by Epic, there are three cosmetic items related to Thanos.

More than likely, they will either be sold as a bundle or could be purchased separately. Given that the Thanos skin is part of a collaboration, the cost of the cosmetic may be a bit on the high side.

Going by rough estimates, it should cost somewhere between 1,500 V-Bucks and perhaps 1,800 V-Bucks at most. However, before deciding on buying, players can have a first-hand look at the skin in the tweet below.