What exactly is Raz planning in Fortnite Season 6 and what does he want?

Another item that players need to pay attention to is the back bling that Raz carries around. This scroll contains glyphs and markings similar to those found on Raz’s body.

What is Raz’s plan in Fortnite Season 6? 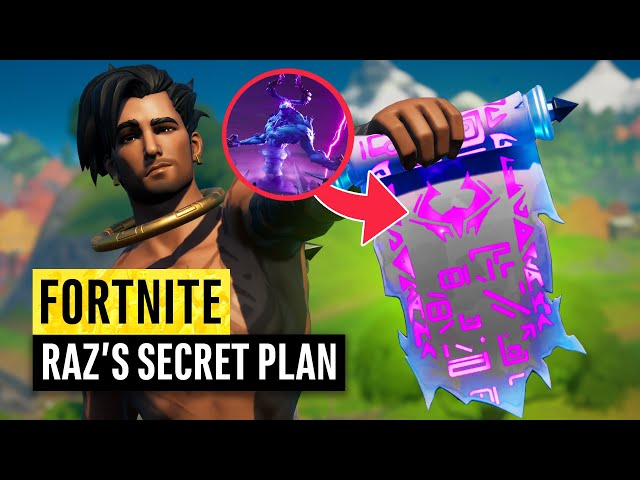 Players should primarily focus on the Endless Scroll, which is the back bling that Raz carries around. The back bling is reactive, but that’s for later.

For those who haven’t already guessed it, the scroll contains glyphs similar to the ones found on Kevin The Cube. Other than that, there’s a small structure that has two horns in the middle. These horns belong to the Storm King.

The Storm King was first seen in Chapter 2 Season 1 in the battle royale and will probably be seen in Fortnite Season 6 as well. The Endless Scroll could be a summoning scroll in all probability. They are similar to what Kakashi uses in the Naruto anime to summon his ninja hounds.

So apparently people are saying that the big symbol at the center of the Endless Scroll Backbling resembles The Storm King’s Horns!

Do you believe this to be true? pic.twitter.com/A00WLC26Xq

As mentioned before, this Endless Scroll back bling is reactive. The first elimination that players score with this item equipped will turn the glyphs on the back bling to purple.

Three eliminations create a blue aura around the back bling. Gathering a total of six consecutive eliminations will help power up the Endless Scroll completely in Fortnite Season 6. 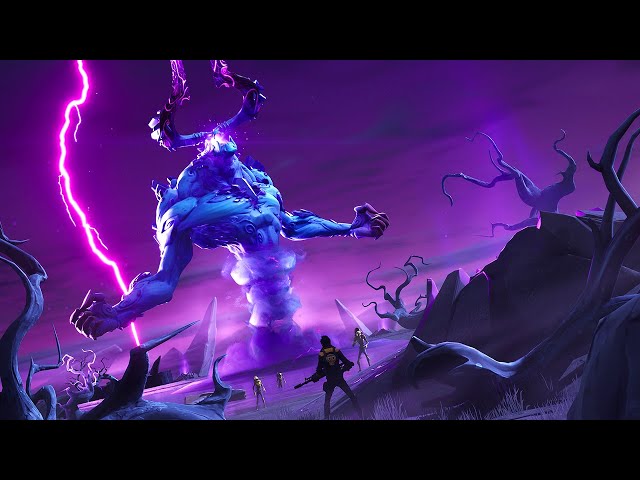 All this evidence collectively talks about the possibility that Raz may be calling the Storm King back on the island. It’s been a long time since the story in Fortnite Season 6 ran hand in hand with the story in Save The World.

What’s more interesting is Raz’s final form, which unlocks once players have completed all the Spire Quests in Fortnite Season 6. This form seems to radiate with the same energy as that of the Spire.

The very first video in the article also talks about the possibility of Raz leaving his spot at Colossal Crops and making his way to Steamy Stacks, where he may come across the remains of Kevin the Cube.

This might suggest that Raz is the individual who’s behind all the earth-shattering events on the island, but until more information is revealed, that’s unlikely. However, it does look like he’s got something bigger planned, and all of it will be revealed as Fortnite Season 6 progresses.

Fortnite Darkfire Bundle: Best price for £70 worth of in-game skins and new content