Another week means another water level drop in Fortnite and that’s just what happened on July 24.

Each time this happens, more and more of what’s hidden underneath the Season 3 map is revealed and there’s a chance that some of the once-beloved locations can make a return.

We’ve already seen Risky Reels uncovered, which has been a location for several seasons now, and now with the latest decrease, we’ve seen the return of fan-favorite location Weeping Woods.

This spot never fully went away, but it was submerged in a lot of water. On July 24, the main cabin in the area is fully free from the depths, meaning this popular POI has now returned to its once former glory after getting its named location status back just a few days ago.

Let’s look at everything else that changed.

A lot of times it can be pretty hard to see exactly what changes from week to week, but Fortnite leaker ShiinaBR made it easy for us by uploading a nice 10-second video that compares the old map to the new one.

It’s easy to get an idea of what’s coming with each update because you can always see parts of the island that are just barely underwater.

Every time the water recedes, those will always seem like some sure bets to emerge, so keep that in mind.

What Else is New? 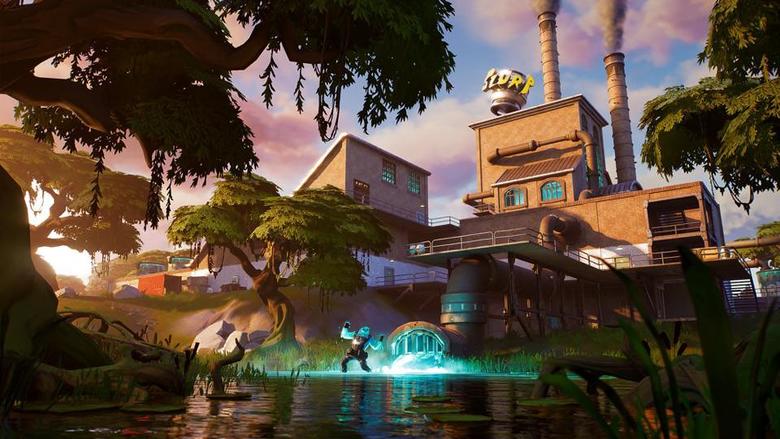 Epic GamesThe swamp is coming back.

This latest drop gives us a bit more of The Shark location and it also looks like Slurpy Swamp is on the verge of coming back.

Leakers have also confirmed the next drop is set to take place on July 27, meaning it’ll just be a few days from now, and that’s when we’ll likely see even more locations return.

The quick turnaround between water level decreases is a bit curious and we have to wonder if Epic plans on speeding up the process so they can prepare for the end of the season.

Of course, only time will tell but it’ll still be fun to guess what the next update will bring. Fingers crossed that it’s finally Atlantis.

Fortnite Season 3 is out now on all platforms.

What is the start date for Fortnite Chapter 2 Season 5?

Dates, Venue Location And How To Watch — Plus Everything You Need To Know