Popular gaming giant Valorant has been accused of copying a character from Fortnite. Ever since the news broke, gamers have been eager to learn more about the issue.

Fortnite has emerged as one of the most popular games in the last few years. The renowned battle royale title has millions of regular players all across the globe.

Fortnite has built a wonderful storyline and has introduced a lot of characters to the game. Some of these characters are favorites among loopers, and they try to get their cosmetics via the Item Shop or by completing quests.

This article will reveal details regarding the recent allegations faced by Valorant.

Fortnite – The Foundation skin has seemingly been copied by Valorant

Valorant recently revealed their latest agent, KAY/O. The revelation has caused significant turmoil in the gaming community, as gamers have pointed out that the character has been copied from Fortnite.

The Foundation character made its first appearance in Fortnite after Agent Jones used the portal device to bring a founding member to the island. The Foundation was characterized by a black suit with patches of red. It also has a mechanical visor and looks absolutely lethal.

Valorant’s latest agent, KAY/O, was recently revealed. The agent also dons a similar attire to the Foundation, including the armor and the robotic visor. 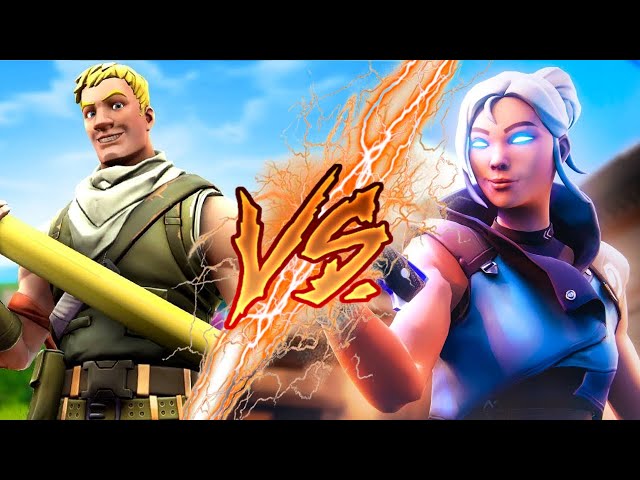 Valorant is a popular 5v5 first person shooter game that was released in June 2020. The game has become popular in recent times, and several popular gaming streamers regularly stream the game.

Players take up the roles of the various agents, and they have to either attack the opponents or defend themselves from the opponents’ attacks, all while trying to manage an objective.

The introduction of KAY/O has caused several debates in the gaming community. It is evident that KAY/O closely resembles the foundation. However, it can never be stated without proper evidence whether Valorant explicitly copied the character or if they were simply inspired by Fortnite.

Amidst all these controversies, both Epic Games and Riot Games are yet to divulge anything regarding the same.

The Risky Reels event has been fully leaked; massive changes are coming