Use this movement trick to end box fights quicker

As we move into Season 5, players continue to utilize the “turtling” strategy. Turtling, of course, is when a player creates a 1-by-1 box around himself to create a layer of cover from all angles

If you’ve ever grinded Arena or played creative customs, you’re already well aware of how important seizing the coveted right hand peek is to get the first shot advantage. Swift and consistent player movement is the difference between elimination or eliminated

The trick we’ll be going over today is perhaps one of the most important and fundamental right hand peeks in all of Fortnite. We’ll be looking at what many call the “crouch peek” — first popularized by NA-East pro Clix

We’ll break down the Clix peek into four simple steps

First, create a wall with the right window edited open. Stand about one wood plank to the left and press your player’s body directly against the wall as shown below

Once you’ve put yourself into the starting position, you’ll need to build up some momentum

Start moving to the right while hitting your crouch button, putting you into the below position 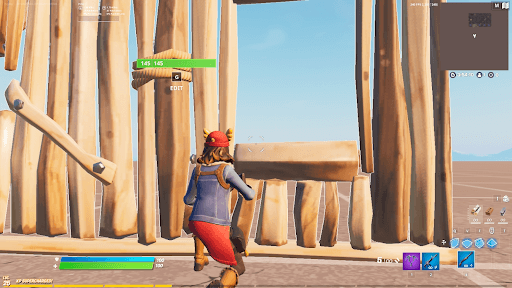 This is where things will get a bit tricky. Right as you’re crouching, hit the spacebar to cancel the crouch. Combined with the previous rightward movement will give you a brief moment where you have an angle on your opponent while he or she doesn’t have an angle on you 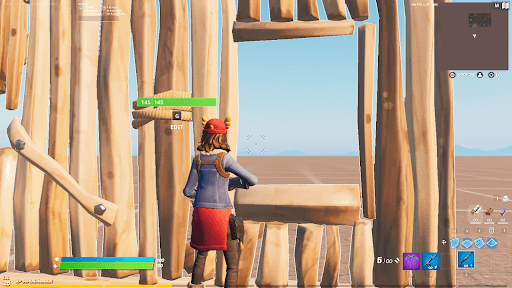 Finally, swing back to the left to make sure your “free shot” doesn’t get met with a counter shot. Don’t try to go through the motions too quick, or else your shotgun won’t fire to begin with

At this point, you should be working on every little optimization to become a better Fortnite player. The skill ceiling has become incredibly high, but off season’s like these are the best times to catch up to your adversaries