Fortnite’s universe evolves with every patch and update, bringing new items and features to players that change the game from that point forward. Some items, like the alien technology and weapons added in with Season 7, have seen incredible popularity, while others have seen mixed results among players.

Whether the item felt incredibly overpowered or just not a good fit for the game, a few decisions from Epic Games caused fans to debate its viability. Most of these were removed from Fortnite shortly after their release, confirming the item’s unpopularity among the player base.

The B.R.U.T.E mechs that crashed into Fortnite quickly became the most overpowered aspect of the game during its time. Almost nothing could beat it head-on, and it could wipe enemy players with the rocket launcher it carried.

@FortniteGame if you even get within’ 100 ft of a ufo on fortnite you fucking suck at the game. I don’t even consider them as they are mechs 2.0. Only👏🏼bad👏🏼players👏🏼use👏🏼them👏🏼.

By the time players could get close enough to damage it, the mech could sprint out and thrash them without taking so much as a scratch. Its massive health pool and firepower nearly broke the game, leading Epic Games to vault it rightfully.

Planes in Fortnite were loved by casual players but hated amongst elite and competitive players. Planes rose there with mechs of an overpowered nature but more of a travel method than a sheer weapon. 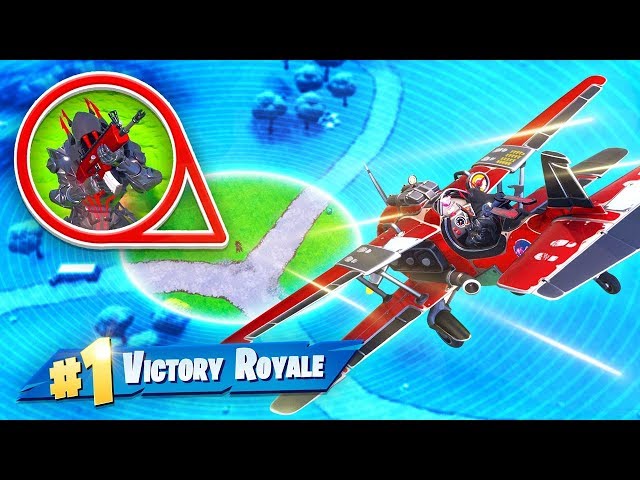 Planes could carry four squad members at a time and could destroy structures with ease. Competitive players saw them as a cheap way to skate through the game to survive until the end and gave little respect to anyone who used them.

Although Fortnite brings many features from outside the universe to cross-over events, players who knew of the game Infinity Blade questioned Epic Games’ decision to copy the signature weapon blatantly. On another note, players who picked up this weapon couldn’t be stopped as they rampaged through enemies.

Grabbing the Infinity Blade turned into a massacre at its location as players desperately attempted to grasp its power. It was a fun weapon while it lasted but hasn’t been seen much due to its ability to slash the competition.

Fortnite seems to have meshed its solo campaign mode into the battle-royale aspect with its craftable weapon system. Most of the time, players have great trouble and frustration trying to craft a certain weapon that ultimately makes it not worth the time or effort.

Makeshift weapons are good if players happen to stumble upon the right components but can be a puzzling feature regardless. It’s a nifty idea, but it is not the most popular feature Fortnite has added to date.

Wolves are perhaps one of the most annoying aspects of Fortnite as it stands today. They hunt players in packs, revealing their location and possibly downing them if given a chance.

Boars do the same with a lesser threat, and chickens can be irritating if an Alien Parasite has attached itself to one. These creatures aren’t that difficult to avoid but are just a nuisance in general.