“This is the future of Fortnite”

The future of Fortnite looks bright, according to SypherPK, as Epic Games recently introduced 50-man custom lobbies in Fortnite Creative Mode. The new feature has only been around for a couple of days, but it will impact the game massively in the foreseeable future.

SypherPK mentions that the new 50 player creative mode is still in an experimental stage and Epic is yet to conclude if the game will indeed perform well with the numbers.

ICYMI: Epic is considering a BETA feature that lets you have up to 50 players in your Creative game!

Once the tests have been concluded, players could expect to see lobbies that could potentially support 50+ players on creative mode.

While the majority of players enjoy the long haul of battle royale, with modding around the corner, players will be able to create their own version of Fortnite with the help of Epic’s official modding toolkit.

SypherPK mentions that much like Minecraft, where players can create their own worlds and different game modes, Epic looks forward to empowering creators by proving them with mod tools to do the same in Fortnite: with custom weapons, maps, game modes, skins, etc.

Confidence for this is its 100% in the works.

To what extent you could mod the game or what you could do with it im not sure. But its definitely by definition “modding”. more info later w/ someone

While gamers were initially concerned about the 16 player cap, the 50 player creative custom will add a whole new level of dynamic to the gameplay. By all accounts, it will be entertaining to see what custom maps or game modes creators come up with once it goes live. 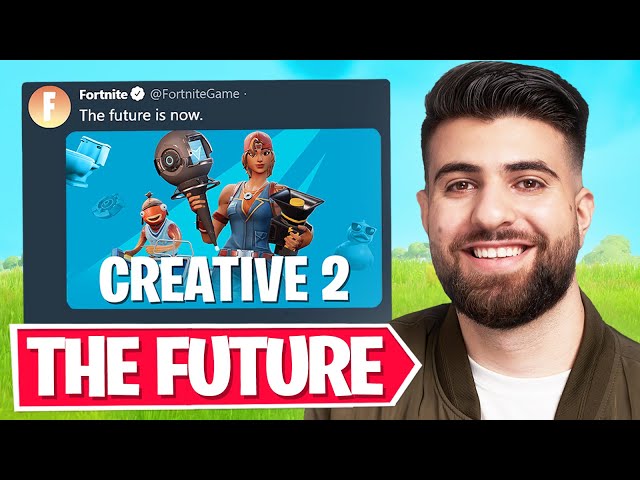 A closer look is needed to understand how these new creative lobbies and modding for Fortnite will switch up gameplay for the foreseeable future.

The more the merrier

More players per lobby is a dream for most gamers. Imagine jumping into a game and facing a handful of opponents before winning the match without even using top-tier loot. The entire dynamics of Fortnite being a shooter-looter with elements of the building go to waste.

With larger lobbies being introduced into the fold, specific custom-created maps and game modes will shake things up and offer casual players the chance to experience Fortnite like never before. The limits of this new beta feature are yet to be tested, but Epic is determined to keep things fresh and trendy in Fortnite.

In addition to increasing lobby limits, this could also be an indication that Epic is perhaps planning to introduce larger Battle Royals as well. However, this is just speculation at the moment.

Fortnite is getting Mods

When a game has been played over and over for hundreds or perhaps even thousands of hours, the next logical step for any gamer would be to get mods. Games like Minecraft, Dota 2, and Fallout series are prime examples of how mods can increase replayability indefinitely.

With the help of the Unreal Engine, the sky would be the limit for creators. Apart from the replayability factor, mods would open up so many new dynamics that could be introduced into the game to spice things up.

The endgame is upon us

In the end, players won’t have to play an entire game, just to practice that hectic endgame boxing, with sweaty palms and split-second reactions. With custom creative, players can hone their skills in endgame faceoffs without having to go through an entire lobby to get there.

Undoublty the endgame of Fortnite is one of the most nerve-racking moments. Players face off against each other in tight builds, constantly trying to outmaneuver their opponents and stay ahead of the circle. Now imagine 50 players doing the same thing without having to play an entire match to get there.

The possibilities are endless, and for those asking if “Fortnite is dead?“, the introduction of these new features hopefully answers the questions.