Almost every new season of Fortnite is fraught with glitches and the beginning of the season is usually filled with players reporting these to the developers.

Some of these glitches are so weird that players need to see them twice to believe they even exist. These glitches do get patched out quite quickly, but players who encounter them tend to have some fun with them while they’re still present. 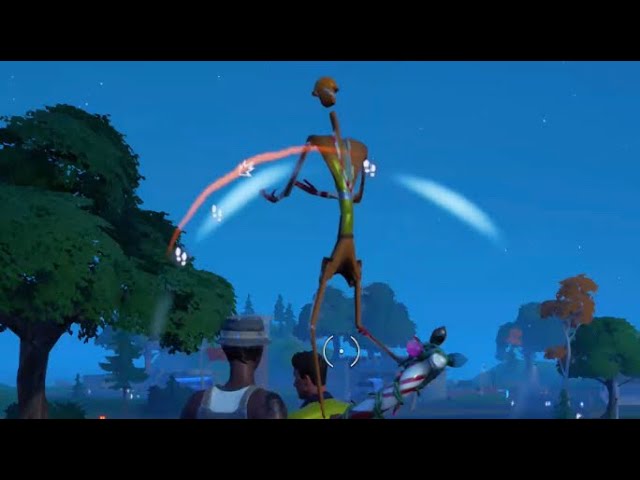 There was another glitch in Fortnite and this time it involved the Baby Gingy back bling that came with the Lazarbeam skin. In one of the lobbies, a fan spotted an elongated version of Baby Gingy on another player’s back.

The back bling happened to emote along with the players as well. This is probably the only time fans have spotted a Slender Man in Fortnite. Honestly, that elongated version of Baby Gingy is slightly creepy.

There was another really weird glitch in the game that resulted in really funny outcomes. Players who’ve been playing Fortnite for a while now will be accustomed to Kit and the in built emote that came with the skin. The Kit skin is basically a cat controlling a robot exoskeleton. It came with the Go Cat Go emote.

While executing the emote on the Kit skin, players saw the upper torso of the exoskeleton detach and walk around like a weird crab-like creature. Everything was fine until players started using this emote on other skins as well.

Since this wasn’t meant for the other skins, the result was hilarious and creepy at the same time. It seemed like the skin had soup for bones.

Although these glitches tend to get weird at times, they do make for some really funny and entertaining experiences in Fortnite.

Where to Find the Hydro 16