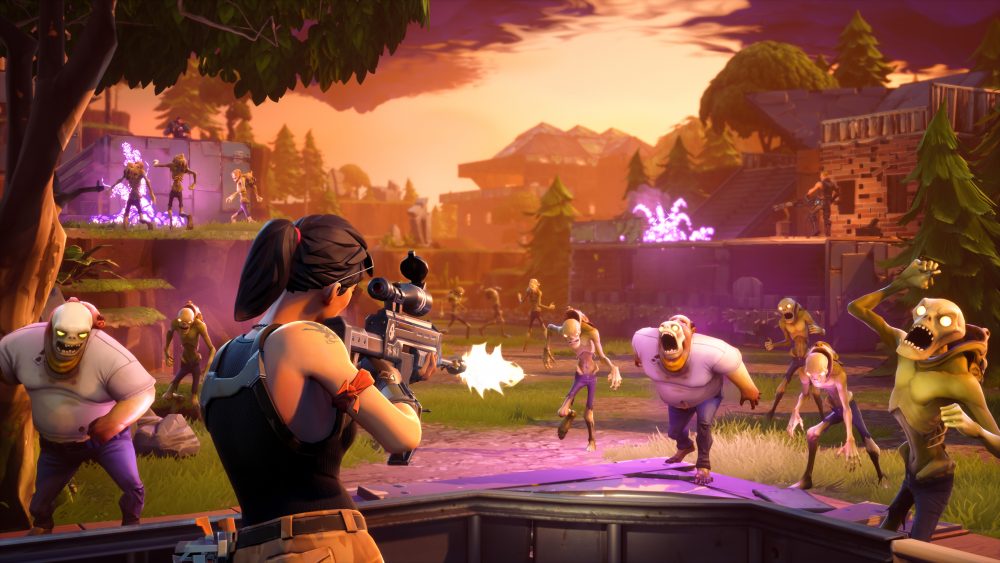 Let’s face it – Fortnite has some awesome skins.

There are literally hundreds of amazing Fortnite skins for players to unlock. And while you’ll have to pay for many of them with real money, some of them are super worth it. Thanks to Fortnite‘s third-person perspective you can see your beautiful skin at all times when you play, allowing you to really appreciate it.

We’ve put together a list of some of our favourite Fortnite skins that are arguably the best of the best. 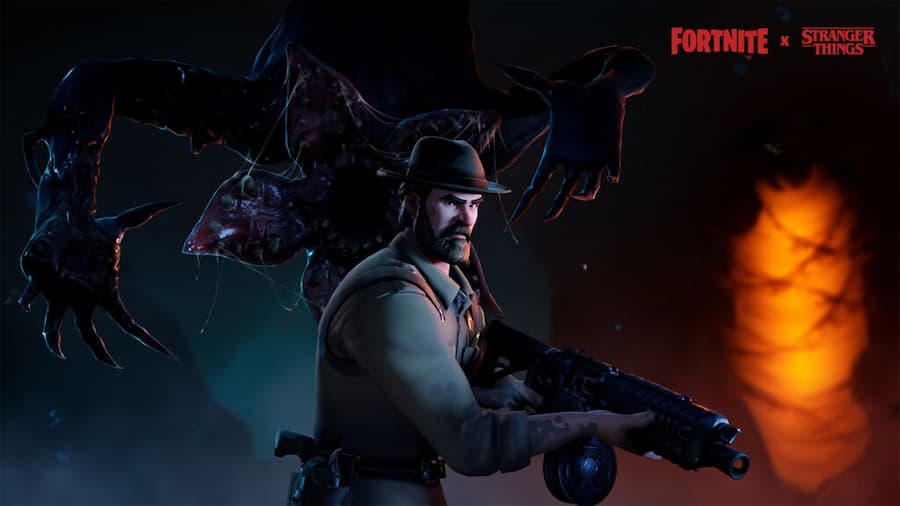 Stranger Things is one of the most popular Netflix exclusive shows ever. It’s got a huge following and for good reason. The show features some really cool characters, monsters and 80s vibes. Back in 2019 Stranger Things had a crossover with Fortnite and Chief Hopper himself was put into the game.

The Fortnite skin for Hopper has him looking a little more, shall we say, fit than his TV counterpart. We’re super into it. We’re especially into his beard and his hat and watching him do the floss. What more is there to like? 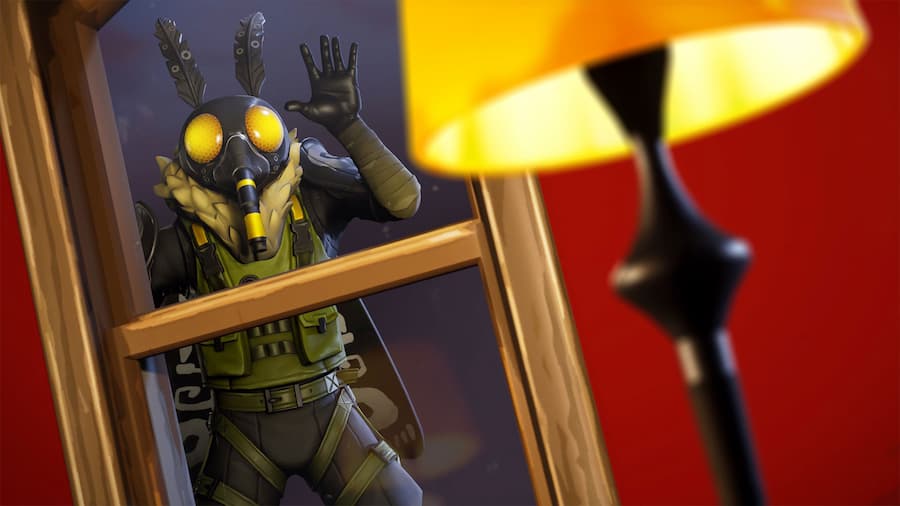 Mothmando is one of the rarer skins in Fortnite that hasn’t been seen in the shop since November 2019. He’s pretty gosh darn adorable. We love his big yellow eyes. As well as his whole outfit where he is equipped with some wicked cool wings.

We’re not sure if you’ll ever be able to get your hands on this skin so his rarity makes us want him that much more. We chose him for this list for a lot of reasons but mostly because his weapon is a lamp and that makes us laugh way too hard. 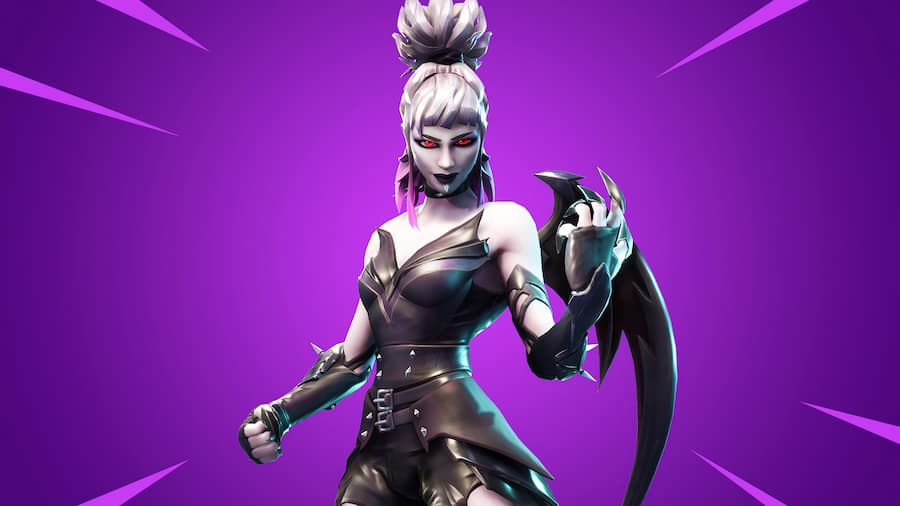 This beautiful Fortnite skin was available as part of the game’s battle pass back in season 6. We can’t think of anything that isn’t great about this skin. Dusk is a vampire-looking gothy babe equipped with sharp claws and the red eyes of a seductress.

Her variant skin, Midnight Dusk, had her clad in a much more casual look complete with a black beanie and black t-shirt. Dusk is basically what we wanted to be as teenagers. A badass goth chick who doesn’t give a damn what anyone thinks of her. 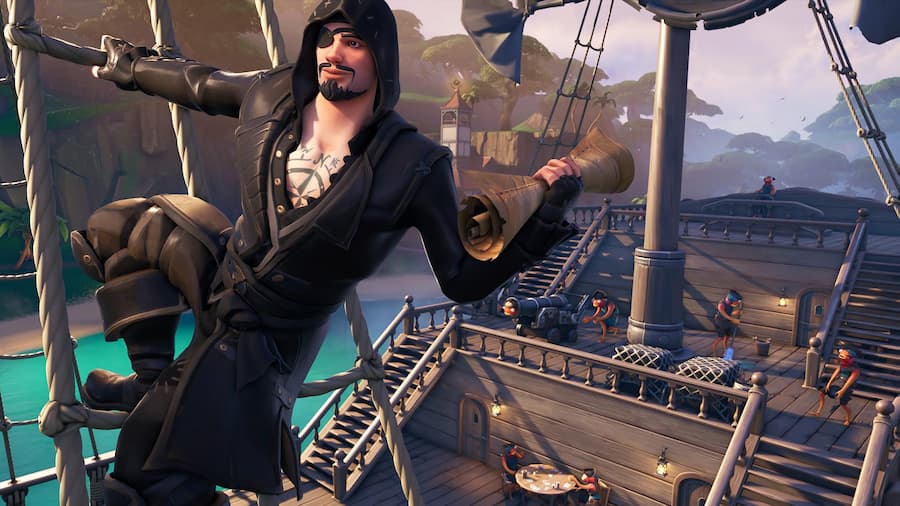 Blackheart first made his debut in Fortnite Season 8 as part of the game’s battle pass. What was unique about him was that he had upwards of thirty two cosmetic options to choose from. He started as a handsome young pirate and, as you levelled up and gained more experience, he would slowly age and turn into a skeleton. Once he hit his skeleton phase you could then unlock multiple coloured versions of the same skin.

This dastardly pirate made this list because he’s one of the only skins in the game with so many customisable options. And the fact that he reminds us why we love pirates. Blackheart is a truly gnarly skin and one of the best in Fortnite. 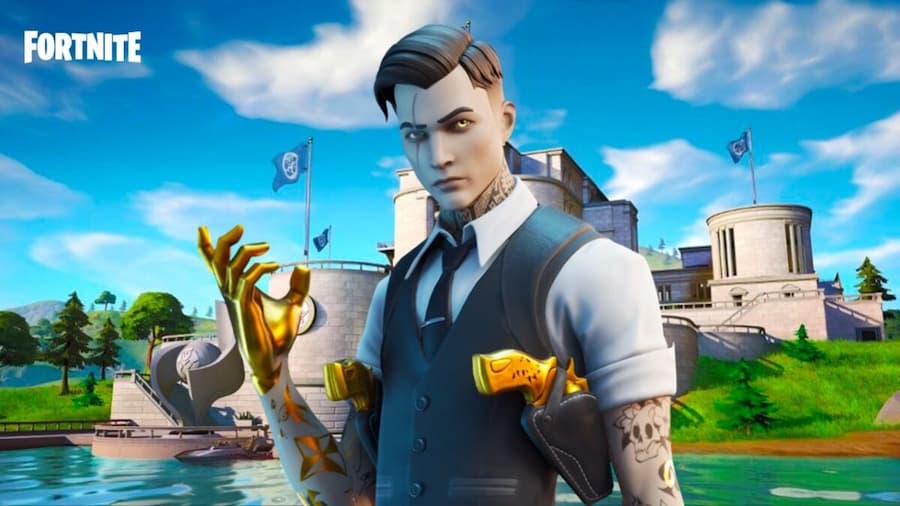 Midas is one of the most unique Fortnite skins as he was a boss that players could defeat in the game. He was very heavily guarded but players that took him out would receive his legendary weapon – the drum gun – as well as a card that could be used to unlock a vault with, you guessed it, tasty tasty loot.

There were three different versions of Midas that could be unlocked, including a version where he is made completely of gold. Players that have the Midas skin equipped can even turn their weapons to gold. Only about a year old, Midas is one of the shiniest and interesting Fortnite skins players could unlock. 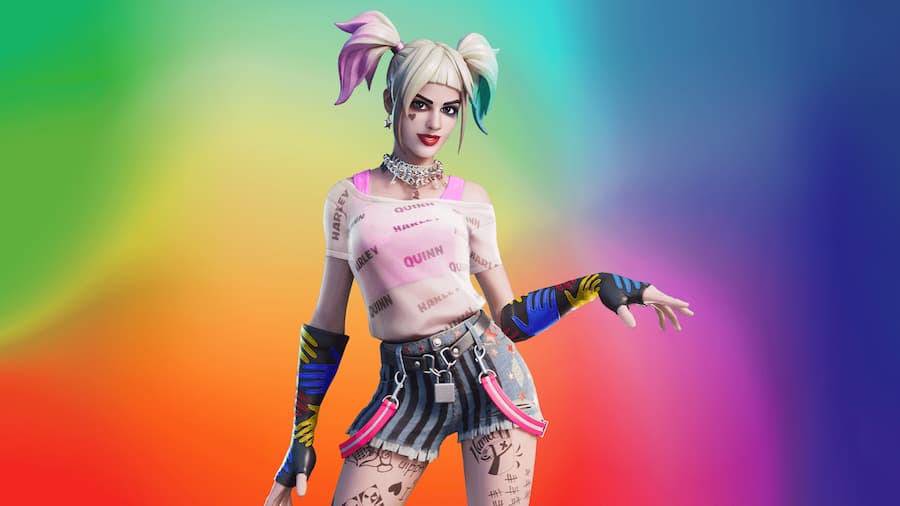 Another iconic character that was added to Fortnite back in February 2020 is DC’s Harley Quinn. She came with two awesome outfits, her Daddy’s Little Monster outfit as well as another great outfit where she’s sporting some cool stripey shorts that show off her tattooed legs.

We also love these Harley skins because they come with her well-known melee weapon, the big hammer. Watching Harley smack other players with her big hammer as her beautiful blue and pink hair sways in the wind is about the most satisfying thing we can think of. 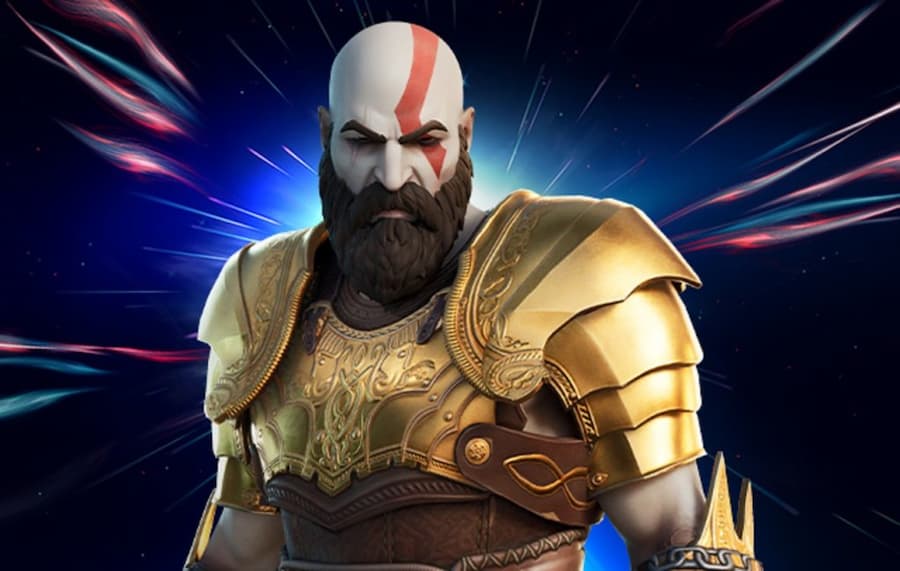 When we found out that Kratos was being added to Fortnite we were flabbergasted. Mostly because he looks so beautiful, but also because we couldn’t picture Kratos equipped with a gun. This God of War, based on the 2019 reboot, got added to the game back in December of last year.

Kratos is equipped with his huge leviathan pick axe as well as a Mimir backpack and shield glider. Unfortunately, he doesn’t come with his son. We suppose having Atreus shooting arrows at other players while Kratos wails on them with his huge axe probably would have been a bit overpowered, but that doesn’t mean we don’t still want it to happen. 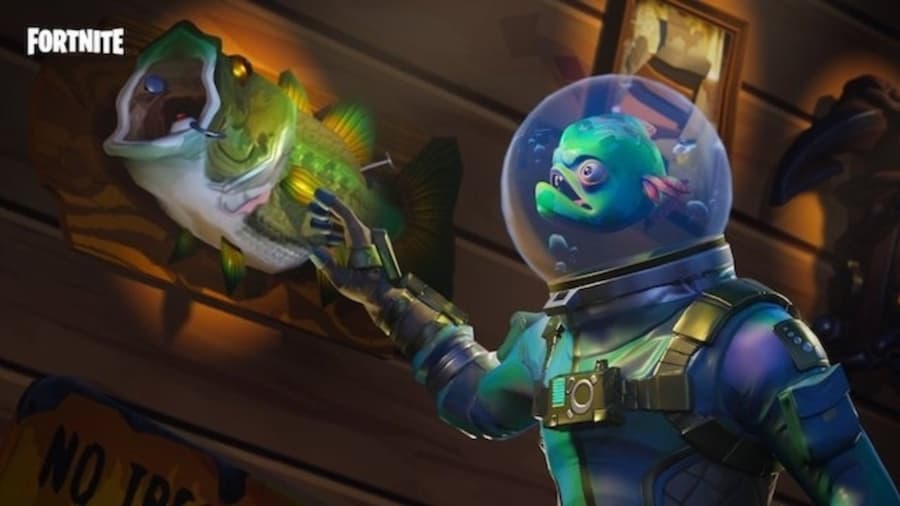 Leviathan, as you can see, is a bit of a character. He was first added to Fortnite back in season 3, but remains one of the coolest in the game. Other than the fact that his body is controlled by his small fish brain, Leviathan’s outfit is extra fun because its chrome finish looks different depending on how you’re looking at it.

Unlike many of the Fortnite skins on this list, Levithan still pops up now and again in the shop for players to snag. He last showed up in November of last year, and it’s likely he’ll be swimming back to surface again soon. Keep an eye out for him. 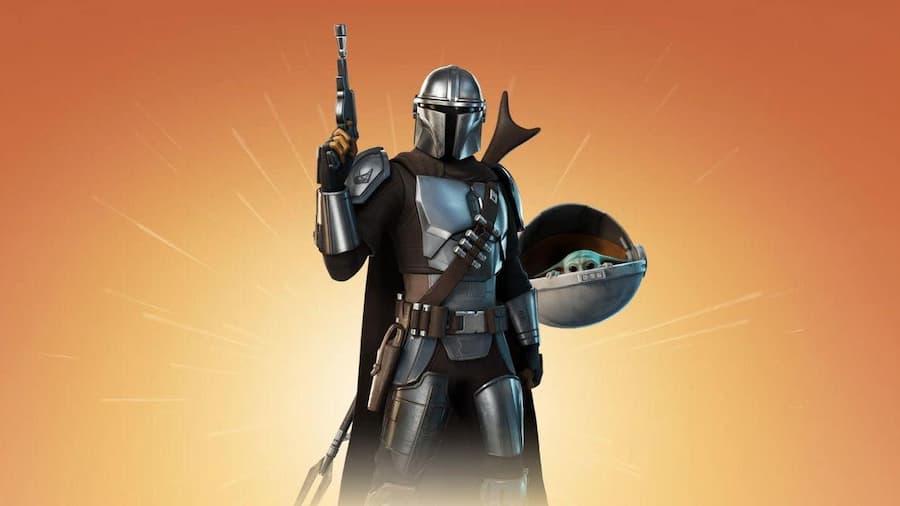 What isn’t there to like about The Mandalorian showing up in Fortnite? Talk about an awesome character. What’s even better is that he’s unlockable at level one of the current season’s battle pass. This means that players unlock him simple by purchasing the pass. There are also specific quests that allow you to unlock his shiny Beskar armour.

While the Mandalorian’s specific in-game events are over, players can still encounter him in the game near the Razor Crest or near the new Kit’s Cantina location. If you defeat him you’ll be able to pick up his jetpack and his amazing legendary rifle. If you persevere through the entire battle pass and reach level 100 you’ll unlock Baby Yoda as your backpack which we absolutely love. 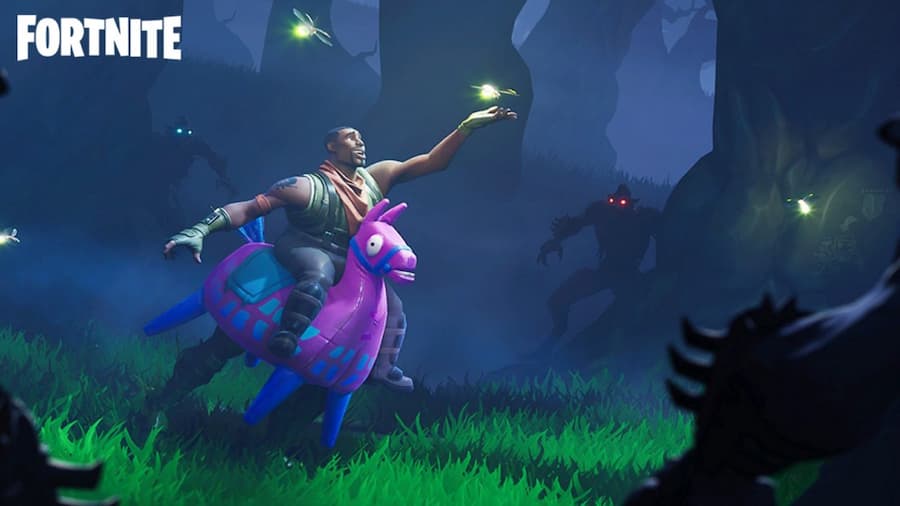 Last but definitely not least is this gem of a Fortnite skin just called “Giddy-Up.” This outfit has a Fortnite player “riding” an inflatable llama similarly to a popular real-life Halloween costume. Watching players run around with this skin has brought us so much joy that we just had to put it on our list.

This skin was available as part of the season 6 battle pass and came with a unique emote, “glitter up”, that you can only use with the skin equipped. If you prefer a female Fortnite player there was a similar skin called “Yee-haw”. You can’t convince us that this isn’t one of the best Fortnite skins of all time.