The 12 best wraps in Fortnite 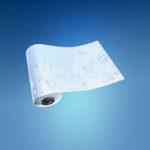 Making flashy plays isn’t the only way you can gain everyone’s attention in a match of Fortnite. Not only are cosmetics a good way to monetize a game without affecting the gameplay, they also turn into excellent collectibles for players.

Players combine all sorts of skins and other cosmetics to showcase their style in Fortnite. Considering not all skins are available for purchase at all times, they also reflect how long you’ve been playing Fortnite.

While wraps don’t give you any advantages in Fortnite, almost everyone appreciates a nice view when they aim down sights. Wraps were rather dull at the beginning of Fortnite, but Epic Games added more spice into them as they started experimenting with animated wraps.

Here are the best wraps in Fortnite.

There will be times when you’ll only be able to explain the difficult shots you pull off by being on fire. With the Magma wrap, you’ll always be on fire since it’ll dye your weapons into a nice shade of yellow and orange.

This wrap was added to the game during Chapter One, season eight and it costs 700 V-Bucks. Magma wrap appears quite often in the shop, meaning you should be able to snatch yourself a copy if you keep track of the rotation.

Glowy wraps can cause you to get spotted, but they just look too cool to pass on. The Eternal Zero wrap features whitish colors alongside a tint of purple. While it’s difficult to describe its animation, it feels like the wrap re-enacts the big bang on guns.

Epic added Eternal Zero in Chapter One, season 10. This wrap can be purchased for 500 V-Bucks, and it regularly appears in the rotation.

Fortnite players have fought against threats from outer space before. But how would you like to have the whole universe on your guns? Star Scout almost rocks colors that resemble outer space with a cool animation.

The Star Scout wrap was added to Fortnite during Chapter Two, season three. The wrap often gets listed on the in-game shop for 500 V-Bucks and is a part of the Galaxy Pack set.

Zero Point plays a vital role in Fortnite’s lore. It’s practically the center of reality in the Fortnite universe, and it always finds a way to appear in most of the storylines. It also looks quite cool as a wrap.

The Zero Point wrap features bright and dark blue tones, and it was added to the game during Chapter Two, season one. It auctions for 500 V-Bucks in the shop and appears periodically.

If you’re going for a colorful combination of cosmetics, a rainbow of a wrap can prove itself to be useful. The Rainbow Rodeo has a nice floating animation that features all the colors of a rainbow.

The Rainbow Rodeo wrap first became available in the shop during Chapter Two, season three, auctioning for 500 V-Bucks. It appears slightly less often in the shop compared to the other entries on our list.

Fortnite players met some of the most exciting characters in the game’s history during Chapter Two, season five. All seasonal characters were available as skins and also as NPCs inside the game, meaning players had more than a few ways to interact with them.

The Pancake Posse wrap is a part of the Breakfast Bandit set which features the Mancake skin. Its color scheme makes every gun look like a pancake. This wrap was only obtainable through Chapter Two, season five’s battle pass. If that season’s long gone by the time you’re reading this article, you won’t be able to obtain this wrap.

Every Fortnite player enjoys finding a legendary loot, but it doesn’t come close to finding a random Slurp barrel or a truck when you need some extra HP/shield.

The Slurp wrap covers your gun in slurp, and it also has a nice purple tint to complete the look. Epic added the Slurp wrap in 2019 as a part of the Slurp Suad set. Auctioning for 700 V-Bucks, the Slup wrap appears on the shop every 40 to 100 days, based on past statistics.

Jellie is one of the more memorable skins in Fortnite. A couple of skins share a similar color palette as Jellie, and it can become quite challenging to find a gun wrap that fits them all.

Despite not being animated, Hot and Cold features a vibrant theme. It was added to the game during Chapter One, season seven and it hasn’t been seen in the shop for over a year. It’s slowly becoming one of the rarer wraps in Fortnite, so it may be a decent idea to use it if you have one already. If it gets relisted, you may want to have 300 V-Bucks stashed somewhere close.

Neonimal is a wrap that Daft Punk fans may appreciate the most. The sun the group stands in front of on their hit song’s, “Get Lucky,” cover looks just like the one featured on Neonimal.

This retro-looking gun wrap is a part of the Neon Jungle set, and it was added to the game in Chapter Two, season two. The wrap comes back to the shop quite often, and you’ll need 500 V-Bucks to grab it.

If you’re looking for a rainbow wrap with a softer tone, Rainbow Riot will be a better candidate than Rainbow Rodeo.

The Rainbow Riot wrap was a part of the Sunshine and Rainbows set. Even though it has been back in the item shop, it appears less frequently than most of the entries on our list. You’ll need 300 V-Bucks to add this one to your collection and it doesn’t have an animation.

When the summer comes around the corner, most Fortnite players start experimenting with new skin combinations that fit more to the hotter time of the year. The beach theme is usually what everyone settles on, and you’ll need a blue wrap to complete your look.

The Tidal Wave wrap looks like it features waves crashing into a white shore with its white, blue, and light blue color palette. This wrap was added to the game in 2019, and it can be purchased for 700 V-Bucks.

Since there’s a wrap that shines during the summer, it wouldn’t be right to not include one for winter. The Fortnite map also gets covered in snow as the season’s greetings approach and a white gun wrap may help you blend in more into the environment.

Radiant Zero features a bright tone of white that also has a nice animation. First introduced to the game during Chapter One, season 10, Radiant Zero returns to the shop regularly. It was initially a part of the Zero Point set and you’ll need 500 V-Bucks to obtain it.