Fortnite Chapter 2 Season 7 has come bearing gifts, as players have received heaps of new content. This trend shows no signs of slowing down as Epic Games included Loki as a playable character and included his skin in-game.

While the cosmetic has received positive reviews from players worldwide, Ali “SypherPK” Hassan dubbed it Fortnite’s first “pay to lose skin.” He is perhaps one of the most consistent Fortnite streamers on the scene right now, so his word holds a lot of sway.

Also read: Nighthawk in Fortnite Season 7: Where to find the exotic, pricing, and other details

Your savior is here!

He has played an influential role in sustaining the game’s popularity and was massive in bringing back players like Tyler “Ninja” Blevins and Nicholas “NCIKMERCS” Kolcheff after their brief hiatus.

The American streamer recently shared the amount of money he has spent on skins and emotes in the game. Unsurprisingly, the Austin native added Loki’s costume to his cabinet as soon as it rolled out. 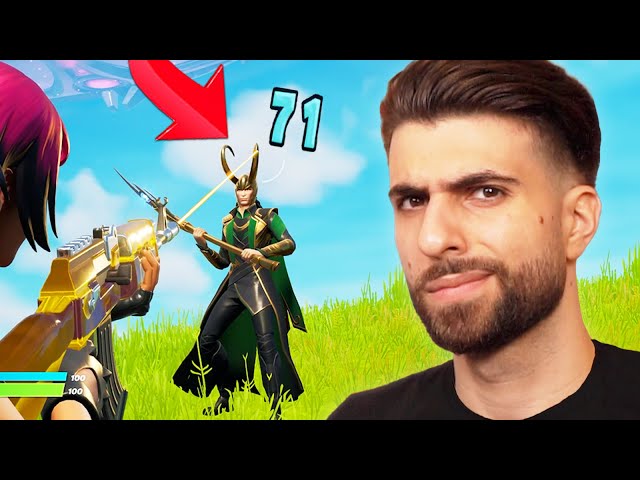 So much so, SypherPK decided to run some tests as the skin came with horns, making it difficult for players to remain hidden. Clearly, the Fortnite streamer seemed unimpressed with the costume.

“I thought, okay, cool, Loki is in the game. But then I really paid attention to the absolute size of the horns that are on Loki. Maybe the hitbox is weird. I had to do some testing. I wanted to see if the hitbox is the same. I wanted to see if this is a pay-to-lose skin. The horns give away your position when hiding, say, behind doors. But that can also be used to your advantage, to bait opponents.”

On the flip side, he suggested that the skin could function as bait for opponents to come out of their position to shoot at players.

As soon as that happens, they get an edge over opponents and knock them down. Sypher demonstrated what he was talking about in the video as well.

Also read: How Fortnite China is starkly different from the rest of the world

How to get the Loki skin in Fortnite

The Loki skin, glider, and back bling are some of the most recent additions to the 100-man Battle Royale.

Sadly, the skin isn’t available in the in-game shop. As expected, it comes as part of the Crew Membership, which costs $12.

Players will have to purchase a membership to become Fortnite Crew Members, allowing access to the skin. Not just that, but crew membership also gives them entry to other exclusive items, V-bucks, and more.

Is this gun coming back to Fortnite Season 5?