With just over half a month to go until Fortnite Season 6 ends, Fortnite Chapter 2 Season 7 Leaks have become more frequent on Twitter. Recently, a new survey from Fortnite was leaked and the community got a look at possible upcoming collaborations for Fortnite Season 7.

Unlike earlier leaks, these may be official Fortnite Chapter 2 Season 7 Leaks, as the collaboration is not just about characters or skin. It covers many different aspects such as cartoons and anime, clothing/fashion/lifestyle, musical artists, and video game characters, etc. Judging by the looks of it, Fortnite is getting ready for something massive next season.

While there is no guarantee that any of this will make it to the next season, this survey clearly indicates that Epic is planning something huge, like perhaps a musical event, or collaborations with some of the mentioned brands, cartoon/anime, and video game characters..

Among the many names mentioned in the Cartoon list, Family Guy can be spotted, and as mentioned before, it’s just a survey. However, given the community’s demand for Family Guy to be included in the Fortnite metaverse, some dreams can come true.

Fortnite just keeps on hinting on the Family Guy crossover

Alongside Family Guy, other popular shows such as Teen Titans, Robot Chicken, Full Metal Alchemist and even Scooby-Doo have been mentioned in the survey list. While some of these Fortnite Chapter 2 Season 7 Leaks may not come to fruition, it would be amazing to see some of the characters from the show be introduced into the game as skins.

Keeping aside characters and skins, there were even rumors of Lady Gaga hosting her very own in-game digital concert for Fortnite called “Chromatica.” While there is no further information, given last year’s experience with Travis Scott, it is possible that Epic Games is planning something similar again.

Moving on to video game characters, with the horror genre fanbase smitten over lady Dimitrescu, it only seems logical that Fortnite may want to collaborate with the “Tall Lady” as well. However, she’s not the only popular video game character on the list. Legendary characters such as Master Chief, Link, CJ, Nathan Drake, etc, to name a few, have all been showcased on the list.

A while ago, some Fortnite fans even began comparing Season 6 with Breath of the wild. Another Fortnite community member predicted that Nathan Drake would make it to the game as well as the skin. However, it’s too soon to say which one of these characters from these Fortnite Chapter 2 Season 7 Leaks will actually make it in-game.

Last but not least, there’s even a list of possible collaborations with clothing/fashion/lifestyle brands in the survey. This is very intriguing as Epic games could do so much even outside the game with these collaborations. These Fortnite Chapter 2 Season 7 Leaks, may have just showcased that full-scale merchandising of the game could be happening soon.

While there is no guarantee of these Fortnite Chapter 2 Season 7 Leaks coming true, the current season has one last update coming up. Season 6 has been refreshing in many ways and disappointing in a few so far. Nonetheless, Season 7 is around the corner and the countdown is well on the way

Watch this video for more information: 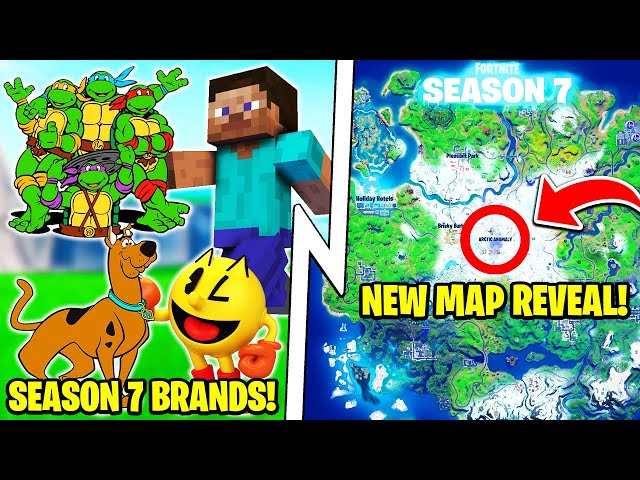