Super Animal Royle is a charming, whimsical, and fun battle royale centered around the animal kingdom. Super Animal Royale has been around the PC gaming space since 2018, but as of June 2021, it has been available on Xbox One in its Game Preview (early access) form. A Nintendo Switch version is scheduled to also release in the summer of 2021.

While the game has been popular on PC, a whole of new Xbox players and soon-to-be Switch users get to jump into this utterly enjoyable 64-player battle royale. A new, competitive multiplayer game such as this can be intimidating for first-time players. The tips here should help you when first starting on in Super Animal Royale.

Super Animal Royale features multiple, standard game modes including solos, duos, and squads. While these modes might be common in the majority of battle royale games, new players to this title will want to try out each of them to find out which they prefer.

Solo mode will most likely be the most punishing due to the lack of any teammates to heal or revive you. Perhaps jumping into a duos or squads mode could let new players get to grips with the game’s simple, yet highly nuanced mechanics. On the other hand, though, solo mode lets you explore how you see fit.

9 Try Out Every Weapon And Item You Come Across

Super Animal Royale may be much more simplistic in terms of gameplay and presentation than its genre counterparts, but it still has a lot of aspects for new players to get to grips with. One of the best tips when starting out in Super Animal Royale is to experiment with any new weapon or item you come across in your exploration.

Items specifically are very different from any other battle royale. Look no further than the banana, the skunk gas bomb, or the claw feet to realize that this won’t be like most other battle royales. Try out each new item to find which you enjoy using the most in each match.

8 Your Map Is Your Friends – Stay On Track

The game map in Super Animal Royale is quite large, more so than many players might think. There are a wide diversity of biomes from a snowy region, to an arid desert, to a murky swamp. While the game does do a great job at presenting each area with new landmarks and environmental details, the map needs to be utilized often.

RELATED: Super Animal Royale: Secret Loot (And How To Find It)

This map is not only used to find where you will land but also where the moving gas cloud is heading. By keeping track of the gas cloud movement, you can position yourself at locations that you are most comfortable with or that have the best loot.

Super Animal Royale wouldn’t be a good battle royale if it didn’t feature the omnipresent gas cloud that closes in to funnel players closer to each other. The storm in this game moves much more quickly and at more frequent intervals to keep game matches moving.

This gas cloud is very dangerous since it can take out your full health in a matter of seconds depending on how long you have lasted in the game. It’s also easy to get stuck or caught on certain environmental objects so it’s best to keep track of the storm on the map in order to successfully avoid it at all costs.

In a similar fashion to Fortnite, Super Animal Royale gives your adorable animal avatar a melee weapon. These melee weapons are used for much more than attacking an opponent. The best skill to learn quickly is to use this silent weapon to hack away at grass, weeds, boxes, and crates.

The game world is littered with breakable objects such as these and more often than not will contain ammo, health pickups, items, and the like. As long as you are safe in your given area, make sure to utilize your melee weapon to destroy objects in the world to get the advantage when it comes to supplies.

5 Gather As Much Ammo As Possible

Super Animal Royale doesn’t allow you to carry as much ammo as you might want. Each weapon has its own ammo cap that you need to come to terms with. Fortunately, ammo is present all around the game map. You will likely never run out of ammo so long as you continue to explore and scavenge.

The time to kill in this game is quite long so ammo can run dry quickly in a fight. Sure you can pick up ammo from a fallen foe, marked by a gravestone, but you should always be aware of your surroundings so as to pick up as much as you can carry.

4 You Can Research New Animal Varieties

While more of a cosmetic touch than anything else, Super Animal Royale features a unique character creation system whereby you obtain animal DNA and super serum which can be used to create rarer breeds of animals. These different animal avatars don’t provide extra gameplay benefits, but more of wonderful cosmetic change.

At the end of each match, you gain XP, animal DNA, super serum, and magnets (to gain more in later matches). It can be overwhelming obtaining all of these goodies while not knowing what to use them for, but that’s where the research lab tab in the main menu comes in. Make sure to get familiar with it right away so you know how to best create new breeds.

3 Land Far Away From Others

While this tip can most certainly pertain to all battle royales, it’s especially true in Super Animal Royale due to a smaller overall map, with players condensing more easily. New players should land far away on the map in order to learn the details of scavenging for loot, moving through the world, and picking off opponents if and when they run by.

You will most likely encounter fewer fights this way which can help you get comfortable navigating the map, learning where to find the best items. When you get to a point that you are comfortable with the gameplay mechanics then land in more populated areas.

2 Stay In The Shadows – Light Vs. Dark

One of the easiest gameplay aspects that new players will often miss when first starting out in Super Animal Royale is the use of light and shadow. Essentially, you can only be seen on the map from a certain distance. If a player is hiding behind an object or in shadows then they won’t be seen right away.

As you navigate the map, learn to look for areas of light and shadow, especially if you want to try to sneak up on an enemy who is looting. You can also go into a slower crouch mode in order to quietly sneak up on opponents who might otherwise be oblivious to you.

1 The Dodge Roll Is A Game Changer

Hands down one of the best skills to get to grips with for new players is the handy dodge roll. Not only is the dodge roll good for evading attacks, dodging shots, and moving into cover, but it can also be used in quick succession to move about the map more quickly.

The dodge roll isn’t set to a cooldown so once the animation completes, you can simply use it again, rinse and repeat. This evasion tactic comes in particularly handy when multiple opponents are closing in on each other. Be sure to master this move in order to stay alive longer.

NEXT: Super Animal Royale Is Coming To Nintendo Switch Later This Year


Next
Subnautica: Below Zero – Best Places To Build Your Base 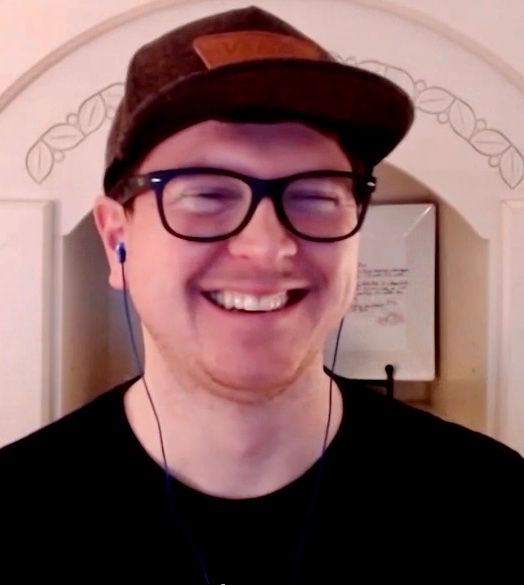 Geoffrey is a gaming list writer for TheGamer where he writes about all aspects of the games industry with a specialty in indie games, platformers, and lesser-known gaming experiences. Geoffrey also runs a full-time, independent indie gaming YouTube channel called The Indie Gaming Guild. Make sure you go check out his channel for tons of indie reviews, impressions, gameplay, live streams, and much more! Check out his channel here: https://www.youtube.com/c/TheIndieGamingGuild

Fortnite Brings Back the Borderlands Psycho Skin and Claptrap Pet

What is in the Fortnite Item Shop today? Ark is back on April 19