The Fortnite Cosmic Summer Celebration has kicked off along with the 17.10 update, giving fans a look at new cosmetics and skins coming to the game.

While some skins are seen in promotional images and loading screens, there are some leaked Fortnite skins that haven’t been made available just yet. This has gotten fans excited.

Leaks in Fortnite are always fun to explore. Of course, take them with a pinch of salt until Epic Games makes them official. Or you can just get your hopes up like everyone else.

All leaked Fortnite skins with the 17.10 update 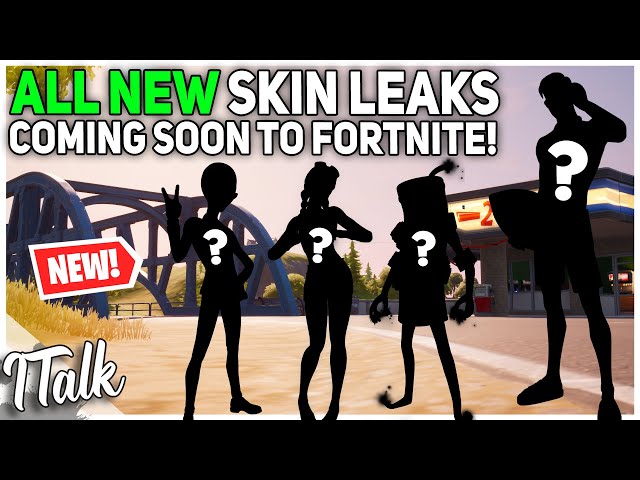 YouTuber I Talk has shared a video with a load of leaked Fortnite skins coming to the Battle Royale with update 17.10 and the summer event taking place on the island.

Here is a list of all the leaked Fortnite skins for Chapter 2 Season 7 after update 17.10:

The I Talk video goes over a variety of leaked Fortnite skins that have been adjusted to fit the summer theme or are brand new entirely. It even showcases a new potential Lava Legends pack.

If you can’t get enough of the skins from the video above, notable Fortnite leaker HYPEX has taken to Twitter with his own leaked Fortnite skins. He states that new summer themed skins are coming everyday for a long time.

A new Summer Legends pack is also on its way with some iconic characters getting summertime skins, such as Peely and Zoey.

One skin is definitely going to be a popular one coming out of these leaks. This is the Nitro Jerry skin. There are apparently going to be multiple styles for this firework-themed character, including one where he has popped.

Keep an eye on the Fortnite item shop as the Cosmic Summer Celebration and summer in general roll on. There are surely going to be some great skins for players to get their hands on.

Also Read: Fortnite Cosmic Summer rewards: Full list of all rewards to earn in the next 14 days