————–
NEW PRE-ORDERS
————–
The Mighty Morphin Power Rangers return as part of the Ultimates figure line from Super7! Each figure includes a variety of weapons and accessories. Add them all to your MMPR collection! Each Star Wars: The Clone Wars ArtFX+ statue includes bonus parts to assemble Ahsoka Tano as she appears in her Padawan days. Collect Anakin and Obi-Wan to complete Ahsoka! Spawn is featured in his Malefik skin as seen in Mortal Kombat 11 and is designed with Ultra Articulation with up to 22 moving parts for full range of posing. Inspired by the action-packed events of the Snake Eyes: G.I. Joe Origins movie, these Core action figure offer kids ages 4 and up G.I. Joe imaginary fun and adventure! Iconiq Studios is proud to present the highly-detailed 1/6 scale, Patrick Bateman, from the cult classic American Psycho. Donald Duck is joining the Nendoroid series! Peely Bone is in an Epic Outfit in Battle Royale that was originally released in the Item Shop during Halloween in 2019, and now it is an action figure! 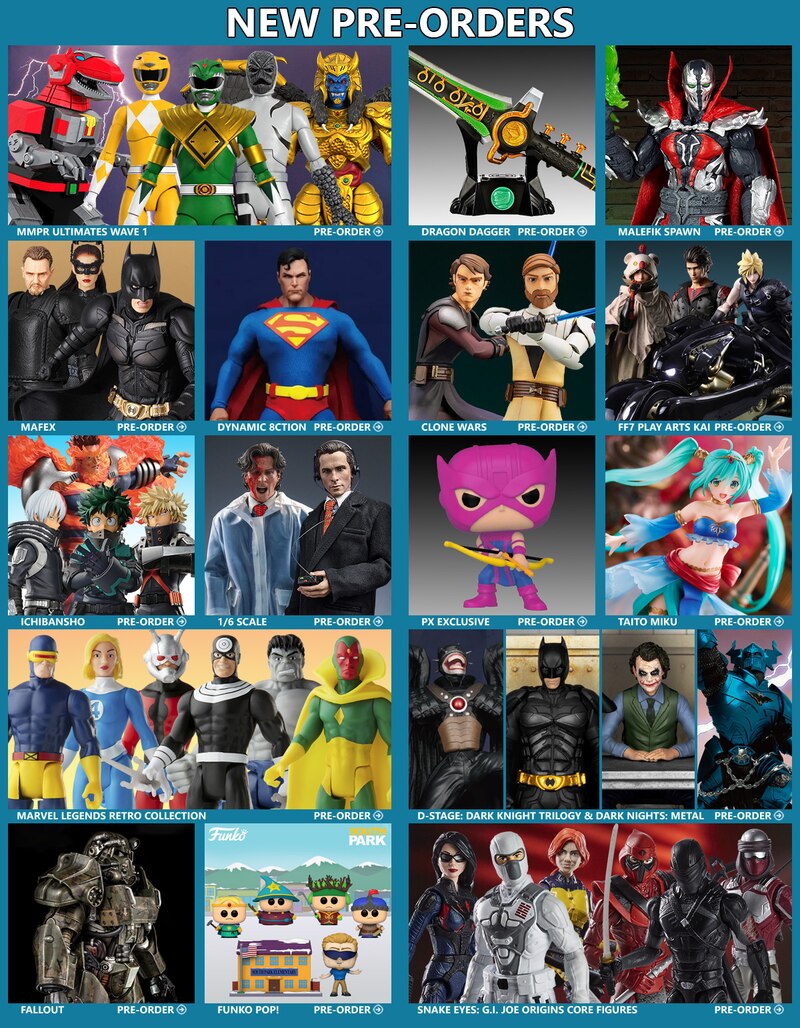 ————
NEW ARRIVALS
————
From the incredible 2021 monster film Godzilla vs. Kong comes an S.H.MonsterArts King Kong figure! This menacing S.H.MonsterArts figure accurately represents one of the most famous monster in film history; from Kong’s facial expressions to his interchangeable giant hands. King Kong was sculpted by animal sculptor Shinzen Takeuchi for faithful movie-accurate results. “…and now a box of little toys has become a gang of little terrors.” NECA is proud to present the Ultimate Pinhead & Tunneler 2 Pack from the cult series, Puppet Master! For the first time in the 45-year history of Jaws, NECA is happy to announce their officially licensed 8-inch clothed figure featuring the likeness of Robert Shaw as Sam Quint in the 1975 classic film. The seasoned shark hunter is equipped with screen-accurate accessories and tailored clothing. From the popular anime series Fullmetal Alchemist: Brotherhood, Edward Elric comes to life as a BUZZ Mod figure! The various parts and accessories included will allow you to recreate your favorite scenes from the series or create ones you’ve always dreamed of! 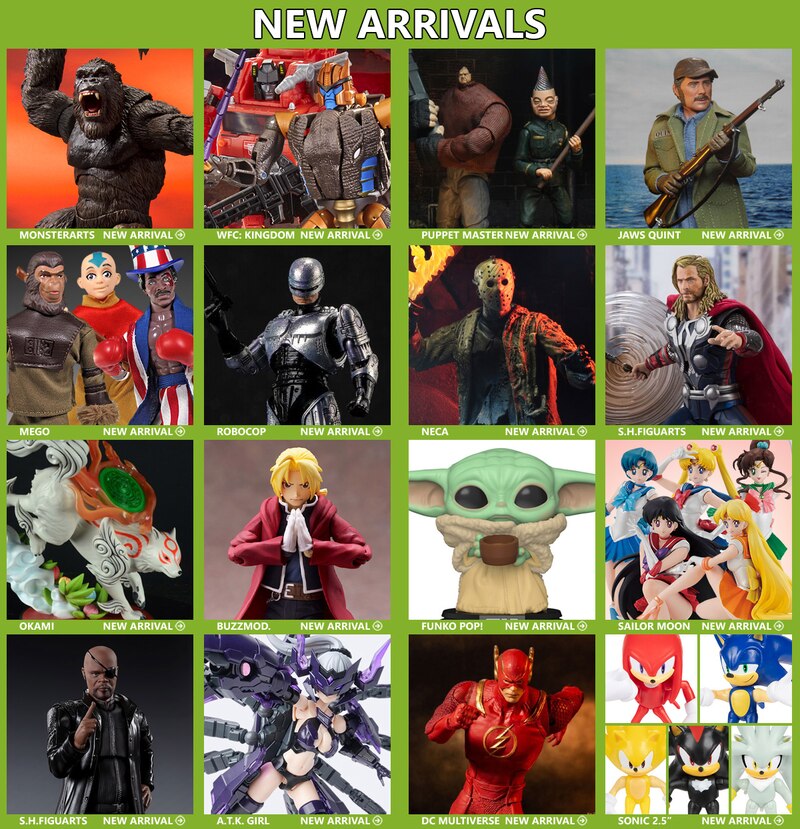 Fortnite Spot The Difference Answers for each level and Island Code