The Fortnite Cosmic Summer event has recently kicked off with the release of the v17.10 update. Data miners recently revealed that the upcoming NitroJerry cosmetic has a secret emote.

The v17.10 update revealed several new aspects to the game, including Alien Parasites, summer-themed cosmetics, and the Cosmic Summer live event. Data miners also leaked the upcoming bundles that will be featured in the Item Shop soon.

Gamers are already hooked to the Alien-themed Fortnite Season 7. Several gamers and gaming streamers have claimed that this is probably the best season in the history of Fortnite.

Fortnite emotes are one of the most popular in-game additions implemented by Epic. Loopers often communicate and express their feelings through these emotes.

Epic has introduced several emotes in the game that is triggered after winning a Battle Royale game. 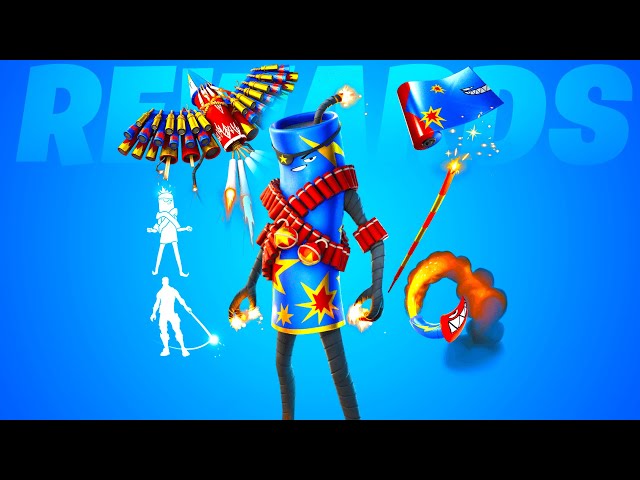 Gamers will remember the character of Doctor Doom that was released in Fortnite Chapter 2, Season 4, as Battle Pass cosmetic. Epic also introduced the Victory Von Doom emote that triggers whenever gamers secure a Victory Royale.

Data miner Hypex revealed that the upcoming NitroJerry character contains a similar emote. Additionally, gamers will be able to play the “Short Fuse” emote after securing a Victory Royale.

Fun Fact: Nitrojerry’s Emote only plays after you win, just like Dr Doom’s

The NitroJerry character is part of the Ka-Bang bundle and is expected to come to the Item Shop on July 4th. Additionally, the bundle will contain NitroJerry Epic cosmetics and Fizzle Back Bling.

The Ka-Bang bundle also consists of the Sparklaxe Pickaxe and the Boomer glider. In addition, gamers will be getting an exclusive “Ka-Bang” wrap along with the bundle.

It is anticipated that the bundle will be revealed on July 4th, on the eve of American Independence. Gamers are already hyped up about the upcoming bundle in Fortnite.

It is anticipated that the bundle will cost around 2000 V-Bucks. However, the developers are yet to confirm the news. The actual price of the bundle will be revealed once it arrives in the game.

Gamers are having a tough time waiting for the bundle. Exclusive in-game attachments and emotes have hyped-up loopers. However, they will need to wait patiently for a few more days for the bundle to arrive in Fortnite Season 7.

Fortnite Limelight skin: price, rarity, and everything you need to know