As the countdown for the next season shortens, the number of Fortnite Chapter 2 Season 7 leaks increases. A while ago, secret messages even began appearing in-game to indicate a countdown, perhaps, a live event. No significant updates have taken place since then.

Despite the dearth of constant Fortnite Chapter 2 Season 7 leaks, concept artists from around the world have been putting their ideas out there. Some of them are stunning, to say the least.

From a new map to a stunning cinematic trailer featuring some of Fortnite’s most-hyped-up characters, these concepts are so good that they could even be considered as legit Fortnite Chapter 2 Season 7 leaks.

Could this be a Fortnite Chapter 2 Season 7 leak for the new map?

A short while ago, Informerleaks on Twitter uploaded a stunning map of what is presumably the landscape of Fortnite Season 7. The map, no doubt, is just a concept. However, the details are brilliant and could pass as an official map from Epic Games itself.

Based on Epic’s official statement that the “Primal Era” is over, the map seen in the tweet showcases a futuristic landscape, teeming with modern-day buildings, green corridors, and, of course, UFOs.

Based on past leaks, Fortnite Season 7 was speculated to have a futuristic theme. Thus, it’s easy to see why this map concept feels so real. However, judging by the current arena, these many drastic changes wouldn’t really occur until later in Chapter 2.

While Fortnite is known for its stunning cinematic trailer, this particular one was fan-made by a YouTuber known as GibbsonTV. The video showcases a full-scale alien invasion set on a futuristic map. 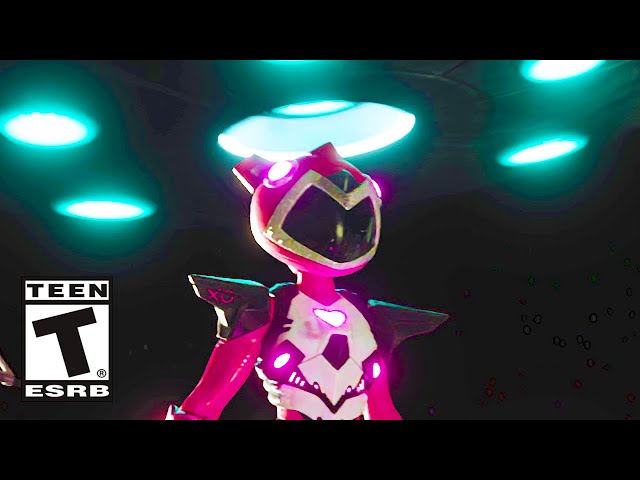 Mecha Cuddle Master can be seen using the high ground to fend off aliens, while Peely runs away, trying to avoid becoming a banana milkshake. Amidst the chaos, the aliens destroy the sphere atop of the Spire, inadvertently freeing the Foundation.

While this is not how things will play out, this level of design and detail is out of this world and deserving of the recognition of an official Fortnite trailer.

Besides the “They’re Coming” teaser that fans got to see a few days ago, there have been no other official releases from Epic at the moment. Nonetheless, with three days to go, things should start getting exciting over this weekend.