Loki is heading to ‘Fortnite’ after the Disney+ series 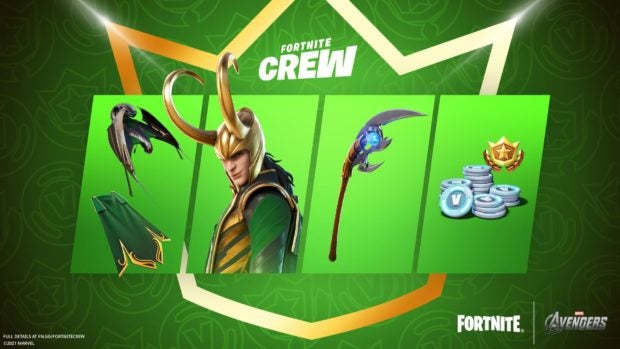 Gamers who are fans of the Marvel universe are in for a treat. While the “Loki” series is currently one of Disney+’s top-watched shows, the Marvel character will soon land in the “Fortnite” universe. But he will only be accessible to “Fortnite Crew” subscribers.

The god of mischief will not be accessible to everyone. To get the skin for Loki, the adopted brother of Thor in the Marvel universe, players of “Fortnite” will have to be part of a club. The club is none other than “Fortnite Crew.” A monthly subscription of $12 (about P590) gives players access to many bonuses, battle passes and other exclusive rewards. .

In this pack, players will be able to own the character’s cult accessories, including his cape, his outfit, his scepter, the Chitauri Chariot Glider as well as enjoy a new loading home screen in Loki’s signature colors.

It’s a good publicity stunt for “Fortnite,” which is surfing on the trending “Loki” wave on social networks since the release of the eponymous series on Disney +. By making the skin of Loki accessible only through its Fortnite Crew, the platform could well increase its number of subscribers among fans of the character played on-screen by Tom Hiddleston. JB

‘The Falcon and the Winter Soldier’ takes on labels, racism and the future of Marvel

Don’t miss out on the latest news and information.

‘Fortnite’ Chapter 2, Week 2 ‘Open Water’ Challenges Revealed And How To Solve Them