The king has arrived. LeBron James joins the Fortnite Icon Series this July.

Earlier this year, during the landmark court case between Epic Games and Apple, documents surfaced highlighting plans for a number of future Fortnite collaborations. Among these was a potential upcoming Icon Series Outfit for basketball legend, LeBron James.

In the last couple of weeks, a series of leaks has near enough confirmed this link up, and it seems to be approaching fast. On Friday, a mural supposedly teasing the LeBron skin appeared on the wall at the basketball court in Believer Beach.

I know what you’re thinking, that doesn’t look like much… That’s because this is just the first stage of the image, and it is set to reveal more and more as we get closer to the release date.

On that topic, popular content creator SypherPK just shared a video showing a package he received from Epic. It contained an impressive lightning crown model along with a note reading as follows:

“On July 14th, the Fortnite Item Shop will be taken over by an Icon like no other. Until then, feel free top consider yourself Fortnite’s interim King.”

This means the skin will arrive next week in the midst of the NBA Finals, either as part of or shortly after the v17.20 update.

If you don’t want to wait to get something new for your locker, then you’re in luck! The highly anticipated Magma Masters Pack is now available in the Fortnite Item Shop. 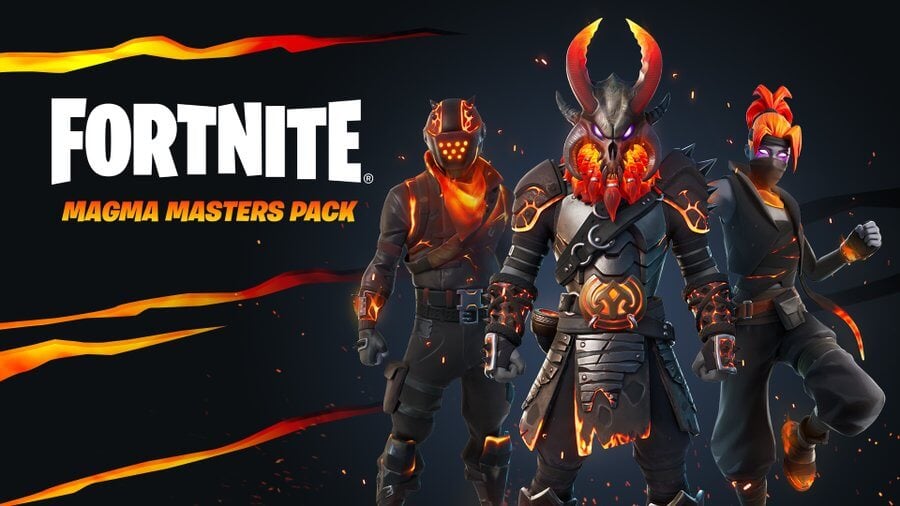 The pack features fiery reworks of some fan-favorite skins, plus a selection of matching accessories. You will get:

Magma Masters is a real-money purchase, priced at $14.99 or local equivalent. According to dataminer @iFireMonkey, the pack will be around until July 26.