After being rumored last week, LeBron James is officially coming to Fortnite as the game revealed images of his skins.

James will be the latest star to release as part of Fortnite’s Icon Series skins, which feature many prominent athletes and characters from movies and shows.

Fortnite released soccer skins for Harry Kane of England and Marco Reus of Germany to coincide with the UEFA European Championship taking place, and Neymar from Brazil also received a skin in the past.

Characters from the Marvel franchise such as Loki and Black Widow received skins since the two recently had a show and a movie release to the masses.

Ahead of the anticipated date for James’ arrival, Fortnite released an image of three skins, via B/R Gaming:

LeBron James is dropping in  👑

Fortnite taps the King himself for their newest skin lineup 🔥 pic.twitter.com/RZASEx9NBf

The middle skin sees James in an all-black outfit with a crown above his head, symbolizing him as The King, a common nickname for one of the all-time greats.

On the left is a Taco Tuesday-themed skin, as James used to frequently post videos and pictures of him eating tacos on Tuesday. The shirt and shoes incorporate the taco design.

On the right is James’ “Space Jam: A New Legacy” skin for the movie that is dropping on July 16. James is sporting the Tune Squad jersey he’ll show off in the film.

For Los Angeles Lakers fans, James should also have a skin with the Lakers jersey, according to these in-game photos posted by SportsCenter:

James is seen dribbling a basketball and wearing the classic purple and gold, though his jersey still has No. 23 on it. James switched to No. 6 and leaked photos show what the new number looks like.

Fortnite should release the skin later this week. 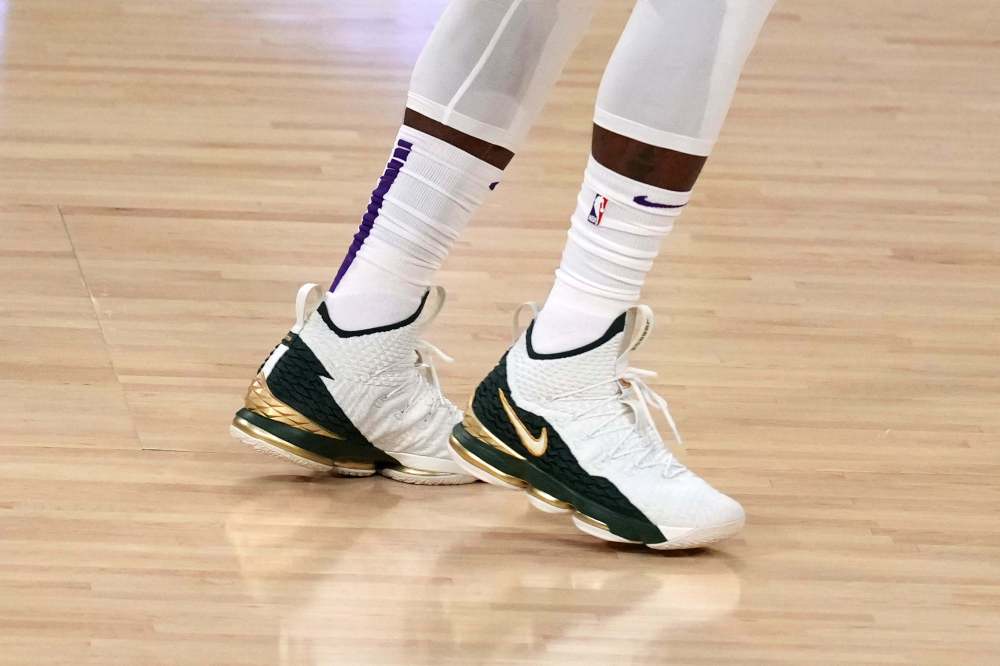