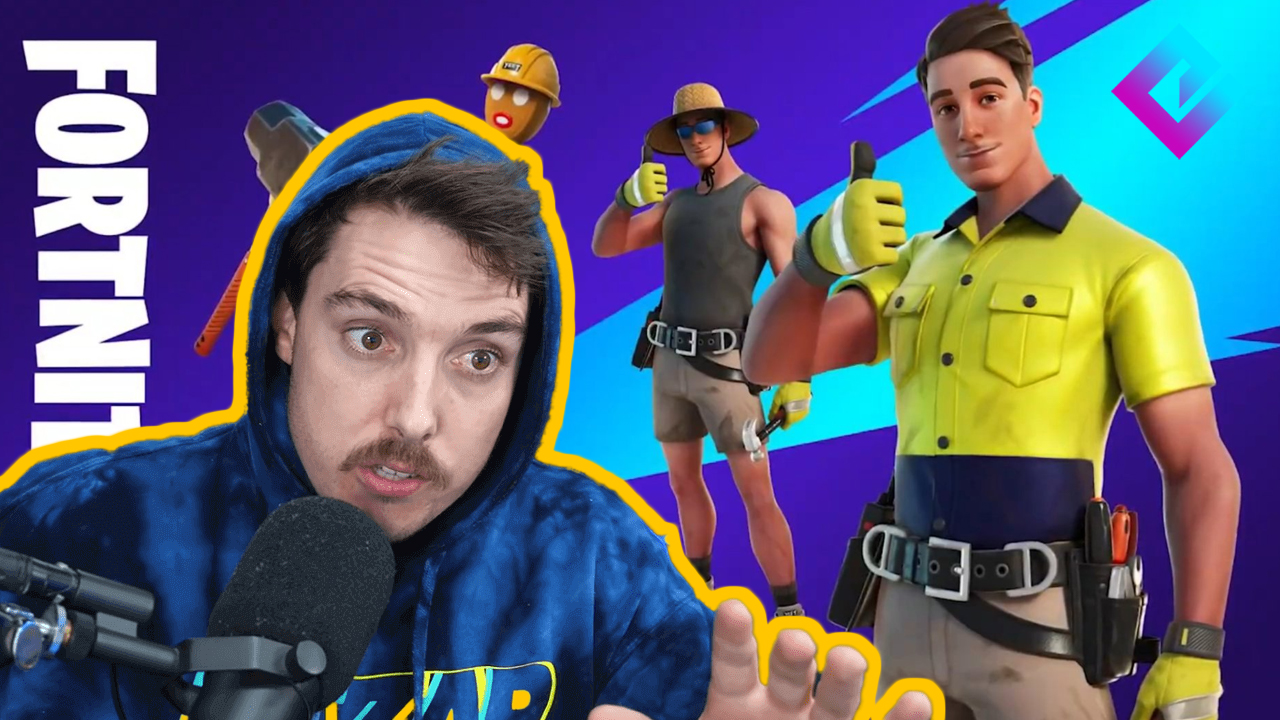 Seeing Lazarbeam getting a Fortnite skin is serious business, and it’s a shame his stream died during the announcement. If anyone deserves an Icon Skin in Fortnite, it’s undoubtedly Lazarbeam. Lazar said it was the internet going out, but the hype was so overwhelming, surely it destroyed YouTube’s ability to contain it all.

Lannan “Lazarbeam” Eacott is surely one of the biggest names in Fortnite. How it took so many years for him to get an Icon Skin, we’ll never know. But sadly, Lazarbeam’s celebration stream for the skin was met with disaster. He was going to do it up big as possible, and the stream itself was still titanic. Sure, Grefg still holds the record, but 150,000 concurrent viewers? That’s big-time, especially to celebrate the coming of a skin!

During the stream, according to Lazarbeam, his internet cut out on this, one of the biggest days of his Fortnite career – a stream to herald the coming of his Icon Series skin. But with 7,863 new subscribers and 1,938,431 playbacks, people are hyped for Lazarbeam’s success.

He had this to say on Twitter. “Internet went down on the biggest day of my Fortnite career. Still felt a lot of love today for my skin debut. Legit no internet problems for 12 months then this happened.”

But while he did get to stream for two hours and nailed close to 200,000 hours of watch time, it was still a marked success. Lazarbeam’s skin stream will probably come again since Lazarbeam said it would be a “big week.” The celebration very well could continue! Lazarbeam’s skin is “Tradie” and is a throwback to what Lazarbeam did before making it in the Fortnite community.

A tradesman first, the skin has a Lunch Break emote where he sits on a cooler and has a bite, and his pickaxe is now a Sledgehammer. Honestly? It’s pretty fantastic and a wonderful way to celebrate such a talented player. The Lazarbeam skin drops today, March 4th, and hopefully, another celebration stream follows.

Fortnite’s Celebration Cup Has A Ton Of Cool Prizes, But There’s A Catch