Is This the Youngest Esports Player Contract Yet? 8 Year Old Gets $33k+ 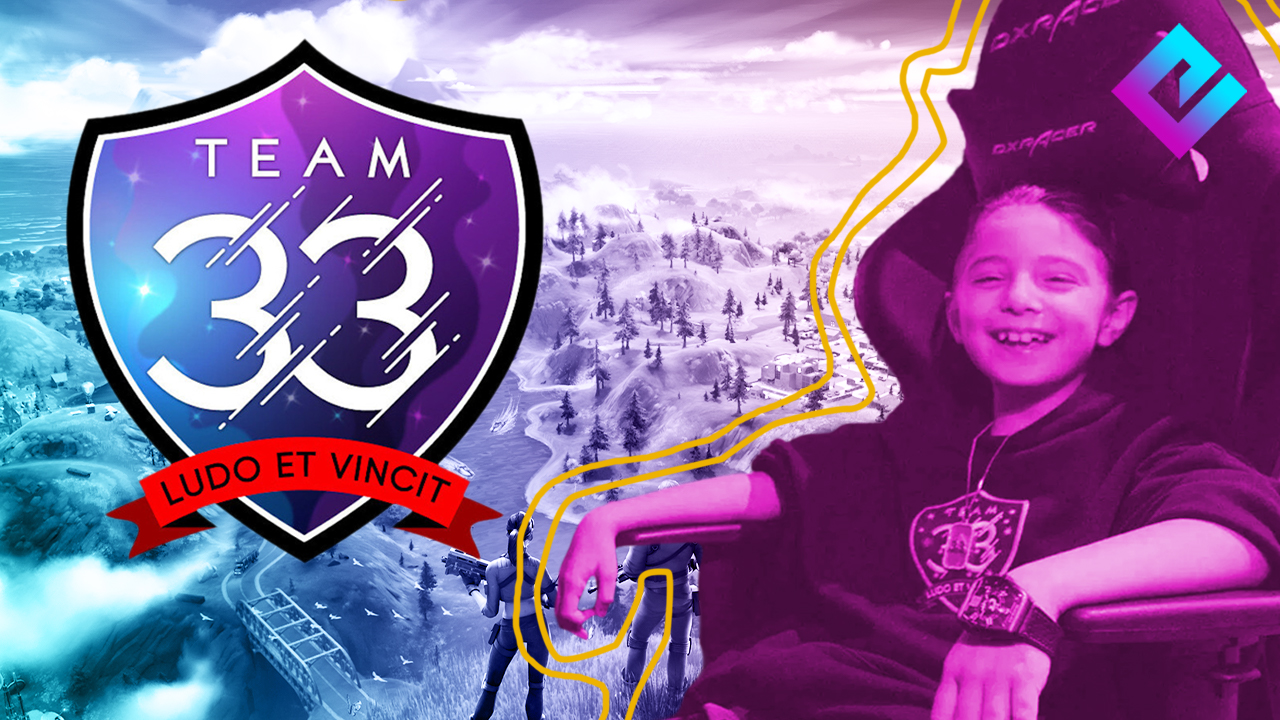 There is no doubt that Fortnite battle royale is a game that appeals to all players of all ages around the world and, more often than not, some of the very best players in the whole world are kids with limitless talent. It seems that Team 33 has honed in on that and hired a child for its roster. Is this the youngest esports player contract ever?

It was reportedly revealed that the esports organization, Team 33, has actually signed a brand new player to its roster and this latest addition could very well be problematic. Reporter Darren Rovell recently tweeted about the signing and is our only indication of this officially happening thus far.

According to Rovell, Team 33 just signed an eight-year old to play for its professional Fortnite battle royale esports team. This is a pretty wild situation and he may very well be the youngest, officially signed professional esports player in the history of video games.

In order to keep privacy and out of respect for the new pro player and his family, we are going to refrain from sharing his name. Regardless, this situation is a surprising one that looks to be rather official, too. Not only does Rovell note that the organization has signed an eight year old but for a hefty price as well.

The young superstar has reportedly received a whopping $33,000 signing bonus from his contract just for joining the team, and is considered the youngest esports player to ever sign with an org. To be clear, that isn’t the salary or prize money that the new pro player will receive but just the amount that he gets for signing a contract with Team 33.

In addition to that, the organization provided the young pro with an estimated $5,000 gaming setup to allow him to play Fortnite with some of the best equipment around. According to the esports team’s co-founder Tyler Gallagher, this is something that has been in the making for a while.

The eight year old might have been signed to the organization just now, but he has been training with Team 33 for the past couple of years since he was six years old. This is because the organization believes that “young gamers are the future” and they want to “start training them early.”

The LA-based team is making news waves for this decision not because of how talented this young player likely is, but for the controversial move on the team’s part to sign an eight year old. This is something that has similarly happened in the past in the industry and typically not to positive results legally.

Child labor laws do exist, especially if the contract was signed in the state of California, with very few loopholes possible for this scenario. This isn’t a situation of just playing around and letting an eight year old play with the team sometimes; he has literally been signed to the team with potentially a salary equivalent to what young adult pros are making these days.

This could be very problematic legally and ethically, which is something that the esports attorney Ryan Fairchild has pointed out. The only real way of getting around the labor laws would have been for Team 33 to sign the child through child entertainer laws but Fairchild noted that he is skeptical about the organization going this route.

And even if the team has signed the player legally, there are heavy restrictions in place regarding how long a child can officially work and so on, so practices, scrimmages, tournaments, and events would have to be heavily regulated if this is even legally allowed to happen.

Regardless of the details surrounding of signing the youngest esports player ever to a contract, this is a situation that will potentially develop into more later down the road. Other teams who have dealt with similar situations, but definitely with someone older than eight-years old, they typically ran into trouble one way or another.

Fairchild went on to point out that this has happened before with other teams like FaZe Clan who illegally employed minors to their teams. Recently, FaZe attempted to sign a Fortnite player who turned out to be 12 years old, rather than 13, which led to some interesting problems.

Epic Games requires players to be at least 13 years old in order to participate in official tournaments, which made the player ineligible for most events at that time. In addition to that, Twitch is the same way and restricts streamers to only those 13 years old or older so the player soon had his Twitch account suspended and, subsequently, his Twitter account deleted.

However, this hasn’t stopped FaZe from having him as part of the team and he is still making videos on YouTube where it seems the content is being allowed for some reason. It is very likely that Epic Games, Twitch, and other relevant organizations will step in for this situation as well.

Epic is usually pretty strict about its rules when it comes to competitions to keep things fair so we don’t expect to see the new Team 33 player in any official competitions next year like the World Cup and so on. Speaking of the World Cup, it will be interesting to see how the second iteration is next year.

We have only had one World Cup ever in the history of Fortnite and the winner of the whole entire solos division was the now famous Bugha who was only 16 years old at the time. Esports has been notorious for signing players under 18 in the past but they typically are around the 16 or 17 range to keep legal issues to a minimum.

At TwitchCon, Video Games Are More Than a Hobby