Is it possible to get Free skin in Fortnite?

Epic has also collaborated with several popular names and these collaborations have introduced event-specific cosmetics and skins to Fortnite. However, the best Fortnite skins come with a hefty price tag.

Loopers often wonder whether skins can be obtained for free in Fortnite. While it might seem impossible to do so, there are certain methods that can fetch free skin in Fortnite.

Fortnite: Tips and tricks to get hold of free skin

During the holiday season, Fortnite jumps into celebration and rewards gamers with free items upon logging in to the game. The event usually lasts for two weeks, therefore, gamers have 14 rewards to collect during the celebration season.

These gifts can include in-game items, emotes, and free cosmetics. Snowmando and Frost Squad are the two most popular free Fortnite skins that were rewarded to gamers during the Winterfest event.

Fortnite tournaments are extremely popular among gamers. Professional loopers make it a point to participate and fare well in these tournaments to increase their valuation.

These tournaments are also popular due to another reason. Gamers who rank in the top percentages get early access to specific cosmetic items. Some of the free Fortnite skins that gamers have been able to access through the tournaments are Venom, Lachlan and Thanos.

Hop onto @FortniteGame and compete in the upcoming Duos THANOS CUP starting June 21st, 8 PM EST for a chance to win the Thanos Outfit and Infinity Gauntlet Back Bling before they hit the Item Shop. Earn 8 points in the tournament to win the Thanos Watches! Spray. #Thanos pic.twitter.com/H2SMTdcW7n

One of the easiest methods to get hold of Fortnite skins for free is through the Battle Pass. However, it is not entirely free as gamers will need to make a small investment.

The Battle Pass costs around 950 V-Bucks which roughly amounts to somewhere around $8-$10. The Battle Pass contains several in-game items, emotes and cosmetics that are unlocked by leveling up the tiers.

Usually, a cosmetic in the Item Shop costs somewhere between 1000-2500 V-Bucks. However, in the Battle Pass, gamers are getting the opportunity to unlock a handful of cosmetics for less than the nominal price of an Item Shop cosmetic. Therefore, even though there is a minor investment, it is negligible in the bigger picture. 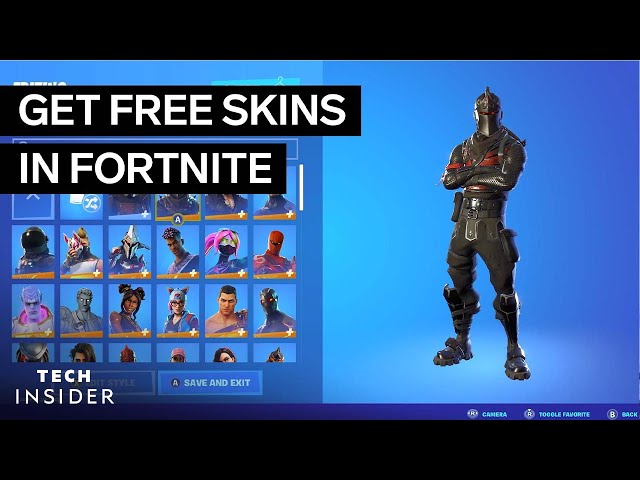 Secret Skins are free Fortnite cosmetics that come along with the Battle Pass. Gamers who own the Battle Pass are able to unlock the secret skin in Fortnite by completing a set of quests.

Superman will be the secret skin for this season

The secret skin is usually unlocked ten weeks after the season kicks off. Gamers can claim the skin in Fortnite once all the challenges are completed.

Open Your Presents Today Or Lose Them Forever