The latest Fortnite update that landed today tweaked the game in a few key areas. Season 7 has already seen some major changes to the map that gave players much to explore, but this update deals with the movements of characters.

The Lonely Henchmen are officially back, after being spotted in the Alien Mothership during the Vault Orb mini-game. The wildlife spawns have also been messed with for unknown reasons, and players are debating about it.

Unfortunately for players, there isn’t much in terms of actual content that Epic Games has added in to Fortnite. The new Alien Artifact locations and other additions will have to wait for a later patch.

– Lonely Henchmen left the mothership and are back in this location (pic #2)
– The IO Guards in Stealthy moved to Dr Slone’s Payphone in Believer Beach (pic #3)
– The IO Guards near Coral are planned to move too, probably to Coral (pic #4) 👀 pic.twitter.com/NPLOU8uauX

The Lonely Henchmen have moved from their spot on the Alien Mothership and are lingering near a structure to the south of a snowcapped hill under Misty Meadows. The structure is near the water by a cliff. 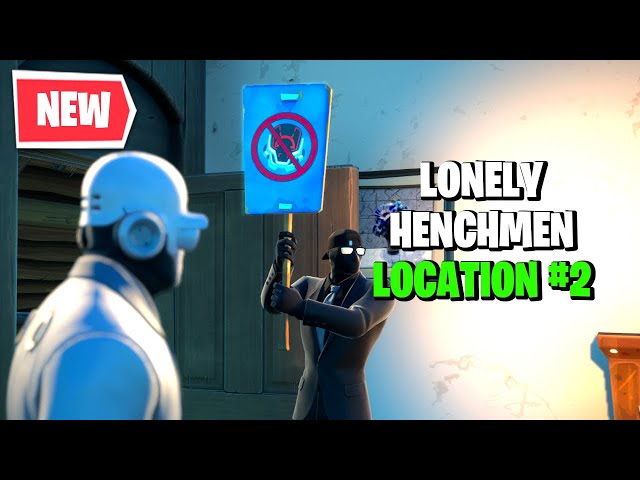 The IO Tech Guards standing in Stealthy Stronghold seem to have moved to Believer Beach, home of the alien welcome party. They are now seen close by Dr. Slone’s Payphone, so they are still tied to the protagonists of the story in Season 7 in some manner.

Hypex on Twitter suspects that the IO Tech Guards near Coral Castle are going to move as well, possibly in preparation for the Alien Motherships’s future plan. Signs point to another POI being abducted like Lucky Landing and Butter Barn, and it seems that Coral Castle may be next with these changes.

Also all animals spawn count has been slightly reduced and their spawn count now varies.. so they for example you would find 2 Wolves or 3 instead of always finding 3!

On another note, wildlife spawns in Fortnite have decreased, limiting the number of chickens, boars and wolves roaming the map. This hotfix is likely to keep Fortnite running smoothly or is to fix a bug occurring with the animals players can interact with.

We have released a maintenance patch on PlayStation 4, PlayStation 5, Xbox One, and Xbox Series X|S. This patch fixes the issue that prevented some Crew Members to proceed past the Battle Pass “Claim” screen pic.twitter.com/tjDvlt6Xqx

Lastly, Epic Games has released a maintenance fix for consoles to battle the bug players encounter in the Battle Pass. The bug prevented Crew Members from moving beyond the Claim screen, but now it seems to have been fixed.