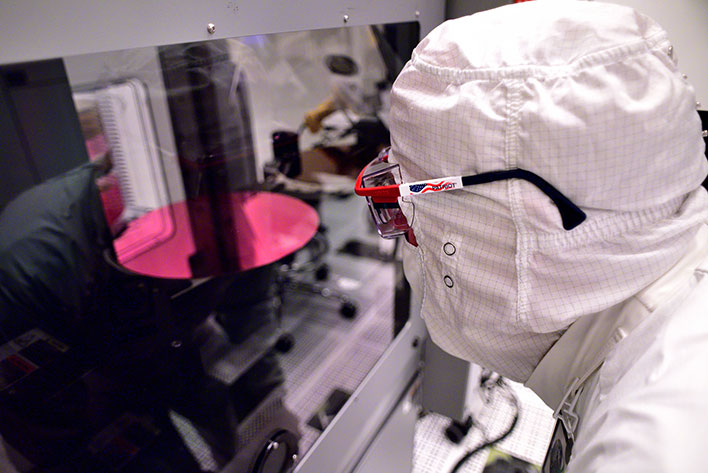 By my slightly exaggerated tally, there have been precisely one million leaks and rumors to date related to Rocket Lake-S, the codename for Intel’s 11th Gen Core desktop processors due out next year. Well, make that one million and one, and counting. In a far corner of the web, a few updated engineering samples for Rocket Lake-S have arrived, including models with and without unlocked multipliers.
Barring a change in plans, Rocket Lake-S will be the last major hurrah for Intel’s 14-nanometer node. Interestingly, Intel previously confirmed that its next-gen desktop architecture will top out at 8 cores and 16 threads, whereas the current generation Comet Lake-S stack scales to 10 cores and 20 threads. Compared to Comet Lake-S, however, Intel is promising a double-digit gain in instructions per clock (IPC) performance.
Rocket Lake-S is also notable because it will be Intel’s first consumer desktop architecture to feature support for PCI Express 4.0, bringing parity in that regard to AMD’s Ryzen platform (X570 and B550 chipsets). This will mainly benefit consumers who want to run a blazing fast PCIe 4.0 solid state drive, with the latest models boasting speeds of up to around 7,000MB/s.

As for what models are on tap, the latest leak highlights three engineering samples, two of which are purportedly second-revision models, or ES2 chips. The other one, a Core i7-11700, is said to be a first revision engineering sample, or ES1 part.

Starting with that, the folks at Bilibili say it is a buggy chip that lacks PCIe 4.0 support and XMP profiles, with the memory being locked at 2,133MHz. Regarding the specifications, it is an 8-core/16-thread processor with a 1.8GHz base clock, 3.8GHz all-core Turbo clock, and 4.4GHz single-core Turbo clock. Bear in mind that this is an early ES1 chip, though, and the final specifications will likely change (particularly the low 1.8GHz base clock). 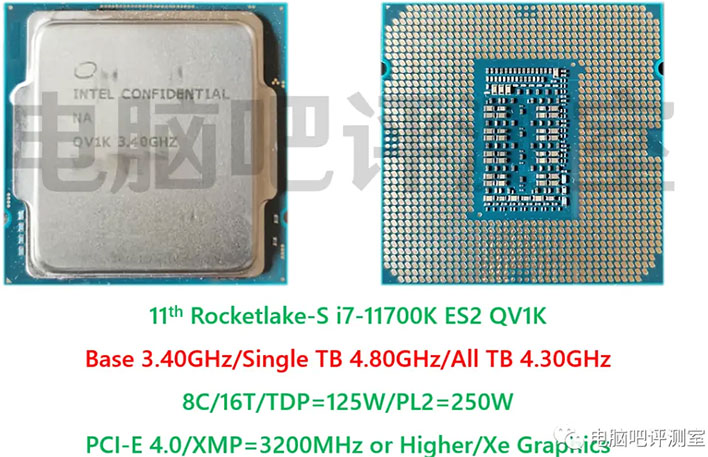 Moving on to the more interesting leaks, the first of the ES2 chips is the Core i7-11700K. The specifications on this part will be more closely aligned with the final silicon, and might even match the datasheet exactly. Time will tell. In the meantime, we have some leaked specifications to digest.

Like the non-K variant, this is an 8-core/16-thread processor, but with an unlocked multiplier. It reportedly has a 3.4GHz base clock, 4.3GHz all-core Turbo clock, and a 4.8GHz single-core Turbo clock. The revised ES chip also supports PCIe 4.0 and XMP profiles of 3,200MHz or higher, and sports working Xe graphics. For this ES2 part, the PL1 is set at 125W and the PL2 at 250W. 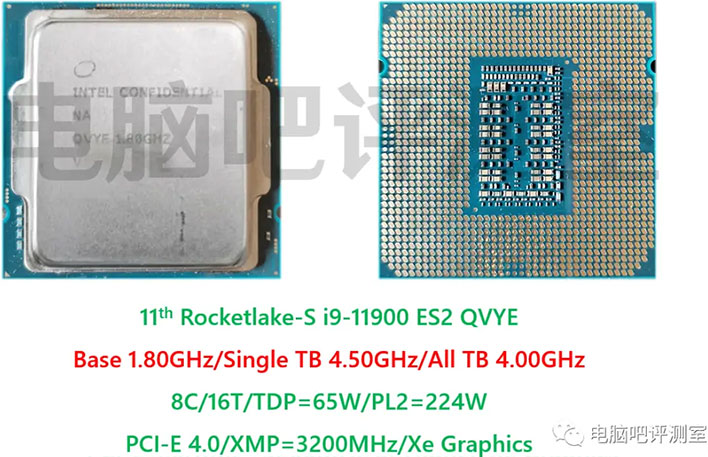 The other leaked ES2 Rocket Lake-S processor is the Core i9-11900. This is another 8-core/16-thread part, with a 1.8GHz base clock, 4GHz all-core Turbo clock, and 4.5GHz single-core Turbo clock. Those clocks are said to be the same as the ES1 variant, but the ES2 chip fixes some of the bugs with the initial engineering sample.

Again, I would anticipate a higher base clock in the finalized silicon, but we’ll have to wait and see. As currently configured (in the ES2 part), it has a PL1 of 65W and a PL2 of 224W, and like the other ES2 chip, it supports PCIe 4.0 with a default XMP profile of 3,200MHz. The onboard Xe graphics work as well. Lacking a “K” designation, the multiplier is locked on this one.

What this all essentially means is that Intel is on track to launch Rocket Lake-S in the first quarter of next year. Furthermore, it is expected that Intel will announce some of its next-gen CPUs during the Consumer Electronics Show in January 2021.

How to get ‘double-movement’ in Fortnite after v14.50 keybind removal