Having a sister that is ten years my junior has made me very aware of the generational divide in gaming. The industry and community we grew up with in the 1990s and 2000s is far from the same that 2010s kids are getting now, for better or worse.

Sure, the content they’re getting is far superior in most measurements to what we got and is now firmly in the mainstream, as to not alienate them from their hobby. But there’s a colossal downside to this progress: it’s harder for poor kids to have a good time.

That shouldn’t be the case, right? There should be no better time to be a gamer from a low income household. My sister has been able to play so much more than me due to the rise of the free-to-play model, with hits of all types like Fortnite, Apex Legends and Rocket League. Most of us would have killed to have access to so many titles and continuously receive updates, rather than have to wait for Christmas and birthdays (if we were lucky) to get a new game to play then.

However, it’s this free-to-play model that’s exactly the problem right now. They may be free to download, but once you’re in, what you don’t have is constantly rubbed in your face.

You play Fortnite with your friends, and you’re waiting in a lobby together. Right off the bat, you’ll see who’s been able to buy the Battle Passes, and who hasn’t. Who has all the latest skins, and who is given a random generic character to play as.

Even before you get that far, the social elements of gaming are everywhere. When we booted up the original PlayStation, we didn’t see what our friends were playing. No one knew that for the first year or so of my gaming life, I replayed a demo disk near enough every day. Doing the same two levels of the Spyro 2: Ripto’s Rage demo felt just as legitimate as playing the full version. There were no “wrong” ways to game, there were just different ways.

Most importantly: the lack of social features meant there was no fear of missing out. And now, this industry fosters FOMO before anything else.

Our equivalent of a Fortnite lobby was a school coach trip, where we’d whip our DSs out. And even then, games were much more poor-friendly. DS Download Play meant just one person in class having the game would mean we’d all try it out, rather than watch from the sidelines.

Related: The 20 Weirdest Nintendo DS Games (And The 10 Best)

Mario Kart DS was the most notorious for this. The only thing that made you stick out was that anyone who didn’t own the game had to play as a Shy Guy, but frankly this was easier to ignore than the modern-day equivalent, as we weren’t given the option to spend our pocket money on unlocking a different character. It was also less egregious than the Fortnite skin mode, because we were not being encouraged to sign in everyday, to make this game part of our very identity – we just played for fun.

So while Download Play was undoubtedly put in to encourage kids to try out games and then ask for their parents to buy them, it was still incredibly consumer friendly. You didn’t feel like your addictive tendencies were being preyed upon – you were just playing a bit of a video game.

Compare and contrast to today. Teachers have reported instances of bullying on the playground over who has what skins in Fortnite, and it’s easy to see why: the grind never ever stops. You can never have everything.

If you liked a game, you’d played through a demo or DS Download Play, a one-off payment got you the full version. But with Fortnite, it doesn’t matter how much money you throw at it, you’ll never own everything – and you’re constantly reminded of it. And if you get a bulk of the skins one season, then you’ll still be begging your parents for a Battle Pass next season, otherwise you’ll fall behind.

It doesn’t end there. So many of the big games getting sold to us now rely on online multiplayer, which is another subscription to add on top of that. Lower income families won’t be able to foot the annual bill, so they’ll pay monthly, as lower income households do with most payments, which ends up costing more in the long run. Either that, or the kids just don’t have it and have the vast majority of their hobby locked out. They won’t be able to ignore it: their friends will have the PS Plus logo next to their name. It will be advertised to them every time they’re on the home menu.

So what’s the answer, encourage kids to find fun in single player titles? Well, the industry is coming for that too, with the push to go digital. There’s some consumer friendly aspects to this, most recently with the Xbox All Access deals, in which for a monthly subscription, you get the payoff of an Xbox Series X/S, and also get Xbox Live and Games Pass thrown in. This is a welcoming move, and opens up hundreds of games to families that have to budget their finances monthly.

However, there is a downside: the crusade against the preowned market. Gaming giants haven’t been shy about their dislike of consumers playing second-hand games, but the reality is this is the only way some people can game. Looking at my PS3 collection, just one out of 21 games I have was bought brand new – the (at the time) digital-only Life is Strange. So many games now see this digital-only run, and with Microsoft throwing all it can at Xbox streaming, it looks like this is here to stay. Going to CEX with your pocket money will be a thing of the past.

Thankfully, my sister is now more into older single player titles and seems the better for it. No longer anxious over not getting the latest Battle Pass or not having enough V Bucks to keep up with her mates, I strangely feel better leaving her with Danganronpa than I would Overwatch.

If I were a 2010s kid, I think I would have left gaming behind, thinking it’s not “for me.” We’re all big kids now, we can shrug off not getting the D.Va skin we’re after, and still have a blast. Kids can’t. And that shouldn’t be abused upon by predatory video game monetization, otherwise we’ll lose a generation of gamers who couldn’t keep up.

Next: Battle Passes Aren’t Any Better Than Microtransactions And Loot Boxes 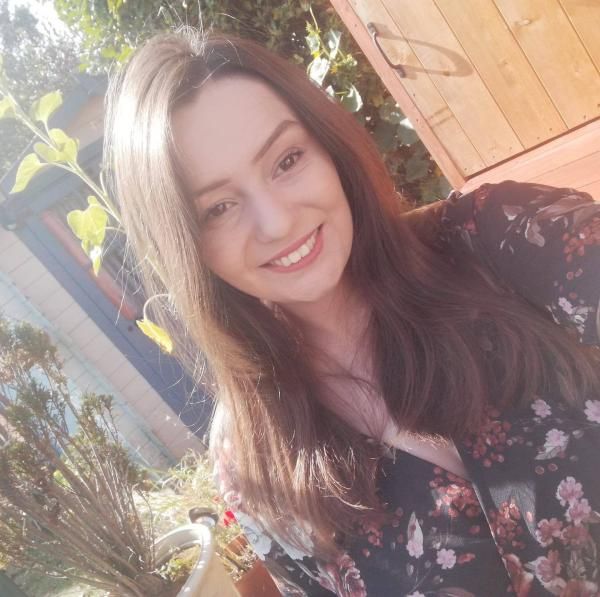 Rhiannon spends her time writing, podcasting, and crying about how good Star Wars: Knights of the Old Republic II -The Sith Lords is online. She’s worked in games media since 2019, and graduated from the University of Essex in 2020. You can find her on twitter @rhi_bevan for puppy pics and occasionally funny content,

Romesh Ranganathan takes on his family at Fortnite: ‘I have everything on the line’ | Games