How to visit the new Fortnite POI in Season 6- Isle Nublada, the home of Orelia

A new Fortnite POI has been added to the map after the v16.40 update. The new POI was leaked prior to its release by popular Fortnite data miners.

Following the Fortnite map changes, loopers have wondered where to find Orelia and how to reach her location.

The island just below the Flush factory is the new Fortnite POI added to the Fortnite Season 6 map. The Isle of Nublada serves as the location of Orelia and her castle on the island.

Locating the new POI can be difficult for loopers, as it is a small piece of land on the Fortnite map. This article will reveal the location of the new Fortnite POI and guide players on how to reach the castle of Orelia.

Fortnite Season 6: How to visit the new Fortnite POI and encounter Oralia

The v16.40 update in Fortnite revealed considerable changes to the Fortnite map. The island below the Flush Factory has been transformed into a new Fortnite POI. As mentioned before, this island is the location of Oralia.

The female Oro had been speculated about for a long time. The v16.40 update leaked that the female Oro will be coming into the game as an NPC. Gamers were left to speculate where they could find Orelia. It was later revealed that the new Fortnite POI will serve as its location.

In order to reach the Isla Nublada, loopers can directly land there, or land on the map near to the island and swim to that island. It is advisable to take a boat to that location as it will be faster and safer to avoid the approaching storm. 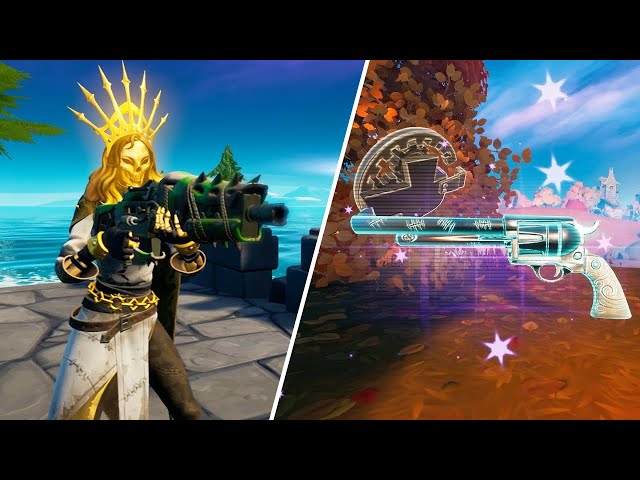 The Isle of Nublada contains Oralia’s castle where she is guarding the golden Scar. Players will be looking forward to landing on this new Fortnite POI in order to encounter Oralia and get the golden Scar.

Loopers who successfully collect the Golden Scar from Oralia will also unlock the golden Lara Croft. However, it must be noted that players must grab the golden Scar while wearing the Lara Croft skin.

Gamers will also get 24000 XP if they complete the Lady Oro Challenges. The quest is not difficult to execute, rather it will be difficult to get hold of the golden Scar.

The new Fortnite POI is the latest addition to Fortnite and Quests. Golden Scar and Golden Lara Croft makes it a first drop location for gamers. It is therefore expected that the Isle of Nublada will witness intense battles for some time.

Deadpool has arrived in Fortnite