How to set off Fireworks in Fortnite? Where are the Fireworks at Lazy Lake?

A new Fortnite Chapter 2 season 3 patch v13.20 was released recently. While launching the new patch, Epic Games revealed that they are going to bring a special hero to the Item Shop on July 4, 2020. That hero was later revealed to be none other than Captain America, who is one of the original Avengers. For the first time, Fortnite players will get a glimpse of the oldest Avenger whom they have never seen during the initial Marvel crossover events. Where players are excited for Captain America to roll out soon in the flooded map, a new challenge in the game has got them confused. In the new challenge, the players need to find out where are the Fireworks at Lazy Lake. If you are also confused about “where are the Fireworks at Lazy Lake?” and how to use them, here is all you need to know.

Also Read | Where Is The Orchard In Fortnite Season 3 Map? Know Details Here

Where are the Fireworks at Lazy Lake?

There are reportedly six Lazy Lake firework locations. In this challenge, a player only needs five to complete it. It is very simple to finish this challenge and you can do it in a single game of Team Rumble. However, to complete the challenge in a single match, you need to know where to look for fireworks at Lazy Lake. Below map shows all of the firework locations that you must know before starting the challenge.

Also Read | What Are The Marauders In Fortnite? Where Are They Located? All You Need To Know 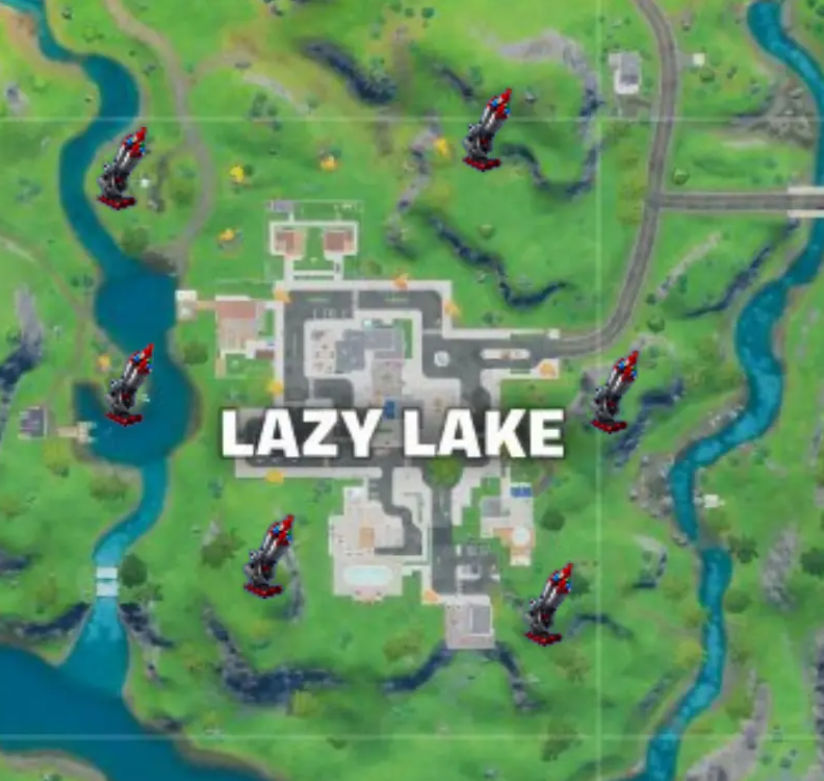 The new challenge in Fortnite gives players a reward of 14,000 XPonce completed. The huge XP gain is because it is one of the golden daily challenges rather than a weekly challenge. You may not learn much from the challenge, however, it is amongst the easiest ways to earn a reward and increase your XP in a matter of a few minutes.

Also Read | Mythic Weapons In Fortnite Season 3: List Of All New Weapons That You Will See

How to set off fireworks in Fortnite season 3?

Once you spot a firework at Lazy Lake, you just need to get close to it. It will show you a sign of “E” where all you have to do is press the button and set off fireworks in the sky. Once you set off the Lazy lake fireworks in the sky, look up and you will be able to see Captain America’s Shield displayed by it.

Also Read | Where is the Chug Jug in Fortnite Season 3? What is new in Ocean’s Bottomless Chug Jug

Fortnite: Where To Destroy Telescope, Television, And Telephone Pole Locations