How to remove alien parasites in Fortnite Season 7

The Fortnite Season 7 alien invasion has introduced new content like cosmic chests, map changes, and more. As the season has progressed, alien parasites have appeared in Fortnite. The small purple parasites may appear scary at first when they chase you and attach to your character’s head. Thankfully, there are ways to remove them. However, the alien parasites can provide some benefits in your Fortnite matches.

Once an alien parasite latches on to your head, you will still have control and be able to move around freely. At the same time, they will allow you to move faster and jump higher. Also, they will protect you from taking headshot damage. However, having an alien parasite attached to you does have its drawbacks. Although your shield is not affected, the alien parasite will continually drop your HP down to 60.

Removing alien parasites from your head in Fortnite

If you would like to save your health and get rid of the pesky alien parasites, there are ways to do so. Jumping into a body of water will cause the alien parasite to detach itself from you. Also, you can walk through some fire, or you can become a prop. Depending on where you are on the map, or how far you are into a game, it could be difficult to perform these actions. If you are playing with friends, you can shoot just the alien parasites off of their heads to remove it.

As alien parasites appear across the Fortnite map, it is likely that you will encounter at least one. The addition of these creatures can definitely make your games more interesting. Unfortunately, if you find yourself in a difficult situation and an alien parasite sticks to you, you may have to make the most of it. 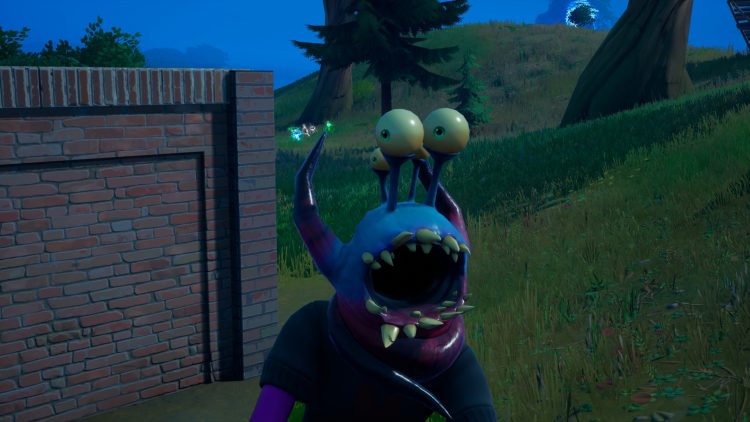