How to get the Deathstroke skin for free in Season 6

The Deathstroke skin has been confirmed by Epic Games, and every Fortnite player has a chance to collect the skin for free from an in-game event. 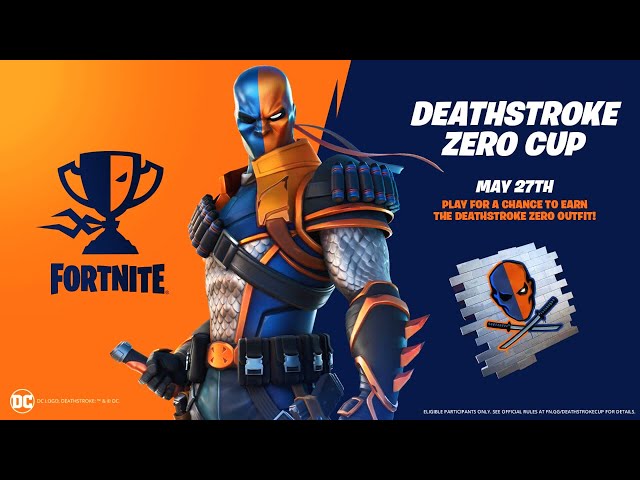 Here’s everything that players need to know about the upcoming Deathstroke Zero outfit in Fortnite.

Scheduled to be released on May 27th, Deathstroke’s Katanas will serve as both a back-bling as well as a pickaxe in Fortnite. The Katanas are included as part of the Deathstroke Zero Outfit in Fortnite, meaning players won’t have to perform additional tasks to claim them.

Deathstroke’s Katanas can be used both as a Back Bling and/or Pickaxe and he will be in the item shop on June 1st!

After months of speculation and rumors about the protagonist of DC Comics’ arrival in Fortnite, the final rendition of the Deathstroke Zero outfit has eventually been confirmed by Epic Games.

Mercenary, assassin and enemy to the Teen Titans. @DCComics Deathstroke makes his way to the Island.

Read all about his new Outfit and the Deathstroke Zero Cup where you can earn the Outfit early.

The visual appearance of the skin based on the revealed images seems to be well-designed. However, the skin’s appearance, in motion, remains to be seen after it is officially introduced in Fortnite.

Considering the massive hype surrounding the release of Deathstroke as a part of the Fortnite x Batman Zero Point comic books, it is safe to say that most Fortnite fans will be looking to participate in the Deathstroke Zero Cup to grab the exclusive outfit for free.