How to get Battle Stars in Fortnite Chapter 2 Season 7

How to get Battle Stars in Fortnite Chapter 2 Season 7 has been the question in the minds of most Fortnite players since the reveal. Battle Stars allow players to obtain specific loot from the Battle Pass without having to reach the item’s specific level.

A massive cache of new skins and cosmetics hit the market with Season 7’s arrival, exciting players who have kept track of the alien leaks. To make the latest season of Fortnite even better, players can learn how to get Battle Stars to choose the order of the gear they want unlocked. 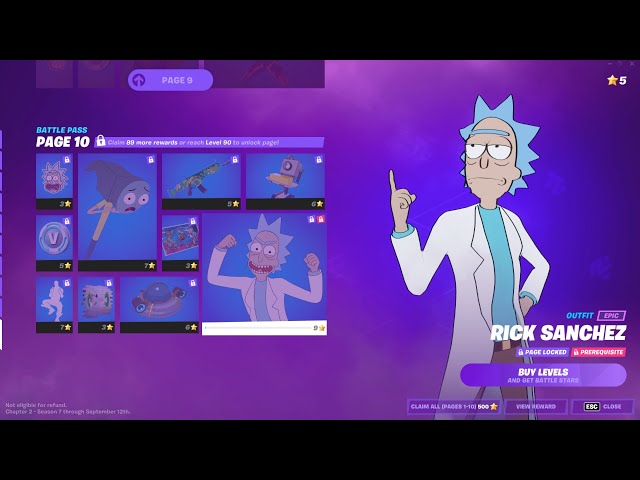 How to get Battle Stars in Fortnite’s Season 7

Fortnite players will receive Battle Stars each time they level up in the Battle Pass, granting them the option to unlock higher-tier loot. When players level up or purchase the next Battle Pass level with V-Bucks, more Battle Stars will flow to them as they progress.

As the season moves forward, players will have different options of cosmetics that they can purchase with Battle Stars. Those who tear through the Battle Pass levels can stockpile more Battle Stars, and eventually use it on the multiple pages of loot to choose from.

Each page of the Battle Pass contains a special reward that will remain locked until all other rewards have been purchased. These fly a little higher than the other gear and set themselves apart as unique cosmetics like skins and other items.

After reaching level 100 of the Battle Pass, players can swap their Battle Stars for additional cosmetic options like Doctor Slone. Bonus pages of rewards will also be available for players to delve into, on top of the revered Rick Sanchez skin at the last level.

The return of Fortnite’s Battle Stars will allow players to traverse the Battle Pass’ loot at their own pace. Season 7 has brought an insane amount of content into the game, and Battle Stars will give a little bit of additional freedom and flexibility in terms of rewards to those who desire it.

Freestyle Skin Fortnite: Price, Rarity, How to Get, Release Date