How to easily unlock Raz Glyph Master skin in Season 6

The Raz Glyph Master skin was probably one of the most challenging skins to unlock during Fortnite Chapter 2 Season 6. Fans had to complete the entire set of Spire Quests to get their hands on this skin. Some of these quests were very time-consuming as well.

However, based on a recent tweet by Fortnite, players will be able to unlock the Raz Glyph Master skin easily. All they need to do is complete any one of the Spire Quests and make it to level 50 on the battle pass.

However, there is a small catch as players who attempt to get the skin via this method will receive it next season. 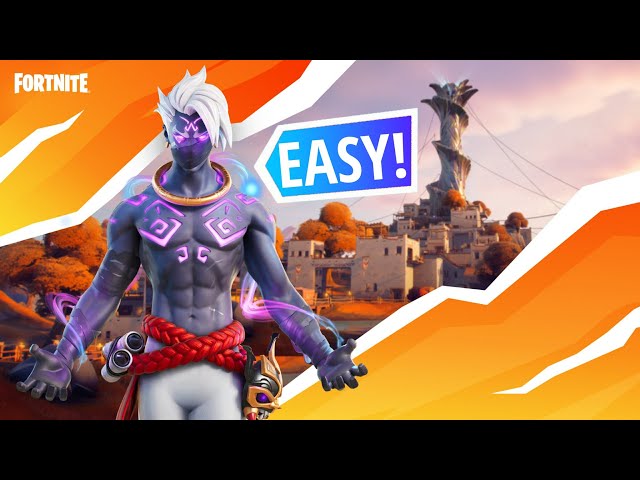 As mentioned before, this method is straightforward. Fortnite Season 6 featured many Spire Quests, and the final set of these tasks involved defeating the Glyph Master Raz himself.

However, thanks to a new bug plaguing the game, the Spire Quests haven’t been tracked effectively. All they had to do is complete one Spire Quest and reach level 50 on their battle pass.

Hitting level 50 unlocks the Raz skin in the battle pass, and since the Raz Glyph Master skin is an edit style, it’s essential that players get their hands on the default Raz skin.

Epic Games tried to fix this but ended up offering compensation to players.

Due to issues with The Spire Quests, we’ll be granting Raz’s Glyph Master Style to players who’ve progressed in any Spire Quest and unlocked the Raz Outfit at Level 50 of the Battle Pass.

This will happen at the start of next Season. pic.twitter.com/EHZGMspKiy

That being said, the community wasn’t really pleased with this move. This compensation was almost like a slap to gamer’s faces. However, players resorting to the more straightforward method will receive the skin next season, which is a saving grace.

Players who’ve completed the Spire Quests have received a good amount of XP, which is essential to progressing through the battle pass in Fortnite.

That being said, this move by Epic isn’t something new. A similar move was seen in Fortnite Chapter 2 Season 4, during the Marvel season. Players received the Marvel built-in emotes thanks to a similar glitch.