How to claim the Deathstroke Glider in Season 6

The Deathstroke Glider is now available in Fortnite.

Fortnite has had many different DC Comics characters grace the Battle Bus over the seasons. Batman first appeared on scene for the celebration of Batman Day, which occurs in September. For a limited time, Tilted Towers was replaced with Gotham City and gave players their own Batman cape and the power of Glider Redeploy.

Along with that, Fortnite released a Batman-themed loading screen, several Batman skins with variations, such as comic-accurate and from The Dark Knight, and even a skin for Catwoman. The skins were available in the Item Shop.

That was almost two years ago. Since then, Fortnite has collaborated with DC Comics on bringing many beloved characters to the battle royale game. Aquaman and his archnemesis Black Manta joined the fight. Deathstroke, Harley Quinn (multiple variations), Poison Ivy and the Joker brought their menacing ways along, and Raven, The Flash and Green Arrow, and more, were added too.

With those skins came various back blings, pickaxes and gliders, like the new Deathstroke Glider. The DC collection in Fortnite has grown since Batman first joined in September of 2019. Now, there’s even more of a crossover. Fortnite has collaborated with DC Comics to create their own comic book run.

How to get the Fortnite Deathstroke Glider

Fans can now enjoy the Fortnite x Batman crossover comic and get a redeemable code for the Fortnite Deathstroke Glider. This is the fourth issue of this comic, so both Fortnite and DC Comics are interested in maintaining a relationship with one another. Pairing the glider with the Deathstroke skin can begin now. People who read this comic can get the code and immediately redeem it to claim the glider. 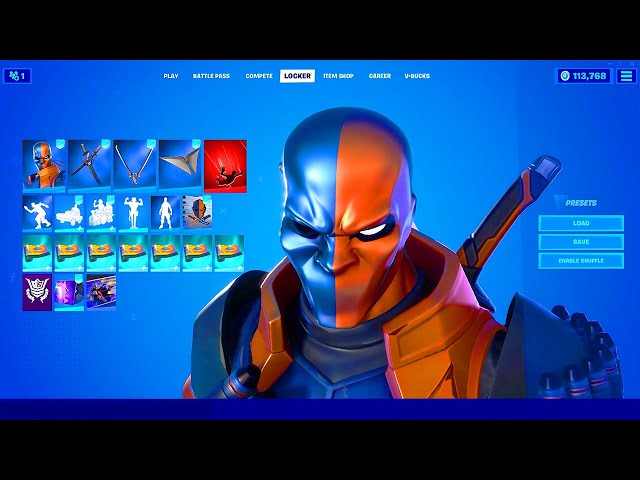 The code does work, as Twitter user Merl was already able to claim his Fortnite Deathstroke Glider, aptly named the Deathstroke Destroyer. Some fans want a whole storyline and battle pass dedicated to DC Comics. After the success of the Marvel storyline, Nexus War, from Chapter 2 Season 4, it could be in the works as well.

For now, though, fans will have to settle for skins and a matching glider. The Fortnite Deathstroke Glider is available now when players read the Fortnite/Batman Zero Point comic.