Fortnite recently collaborated with the NBA for the first time. To make the collaboration memorable, Epic came up with a challenge for loopers.

Loopers enthusiastically took part in the challenge to have a shot at winning the prize. The results have now come out, and since then, gamers have been wondering how to claim their rewards.

Ahead of the NBA playoffs, all 30 NBA teams will be represented in Fortnite during The Crossover event thanks to the addition of team uniforms and other cosmetics.https://t.co/ecxN2Bkx5i@FortniteGame

YouTuber Tabor Hill has revealed how to claim the Fortnite x NBA rewards.

Fortnite has a long list of successful collaborations with some of the most popular organizations, such as the NFL, Marvel, and Star Wars.

These collaboration events offer gamers the amazing opportunity to own various event-specific cosmetics and in-game items from the Item Shop.

The Fortnite x NBA collaboration was the most recent collaboration from the popular battle royale franchise. Instead of event-specific items, Epic rolled out a challenge that required loopers to pick their favorite NBA team and guide them to victory.

The event commenced on May 19th and ran until May 23rd. The action-packed five days saw gamers engage themselves in battle royale and claim important points for the team by performing simple actions.

Members of the team that secure the second position will be rewarded with 300 V-Bucks, while the members of the third-placed team will be given 100 V-Bucks for free.

Ever since the results came out, gamers have been left wondering how to claim their rewards in Fortnite.

Loopers will have to login to Fortnite through their account. Gamers will be notified of the rewards when they are logged in to the game. Claiming the rewards will credit the V-Bucks and other rewards to the account. 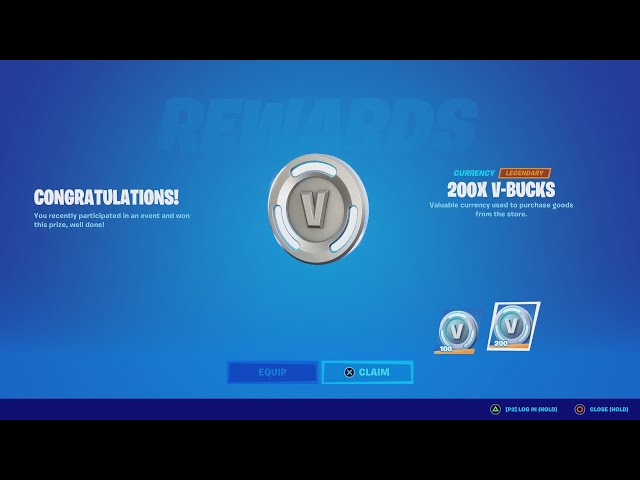 The NBA Championship Trophy back bling was awarded to members of the Los Angeles Lakers contingency. However, Epic Games has assured loopers that the coveted back bling will be coming to the Item Shop soon and will be available in exchange for V-Bucks.

The Fortnite NBA Team Battle was a new challenge for gamers. Epic rolled out the challenge to make the event interesting and enjoyable. The enthusiastic response from players has shown that they have enjoyed it immensely and expect similar challenges in the future.

Marvel’s Avengers Spider-Man exclusivity deal is bad for everyone, including Sony

What is in the Fortnite Item Shop today? Wolf & Siren make their first appearance on April 17