The alien invaders are making moves in the Fortnite world, as the Season 7 conflict continues to change the game in multiple areas. Recent leaks suggest that a new POI will land on the map that’s tied to alien movements as well as an additional weapon.

The Alien Mothership’s shadow over Fortnite island hinted at some suspicious activity on the west side, possibly abducting a POI that will hover inside. Stretching back to the Season 7 trailer where Rick Sanchez lifted a car, the Gravity Gun players have been waiting for will finally make its appearance.

Fortnite leaks reveal the next step in the alien invasion

Heads up Saucers, this one’s a doozy!

Islanders should be on high alert. #HotSaucersLeaks

As per a Twitter post from an official Fortnite page, a leak dropped that supports the possibility of a map change as the aliens grow in numbers. In the image posted, a massive crop circle can be seen carved out of a field of hedges, most likely at Holly Hedges.

One of the challenges in Fortnite told players to land at Holly Hatchery, a named location that wasn’t in the game. With this minor slip-up, players should expect a change in that part of the map that correlates with the warnings given by the Fortnite Twitter accounts. 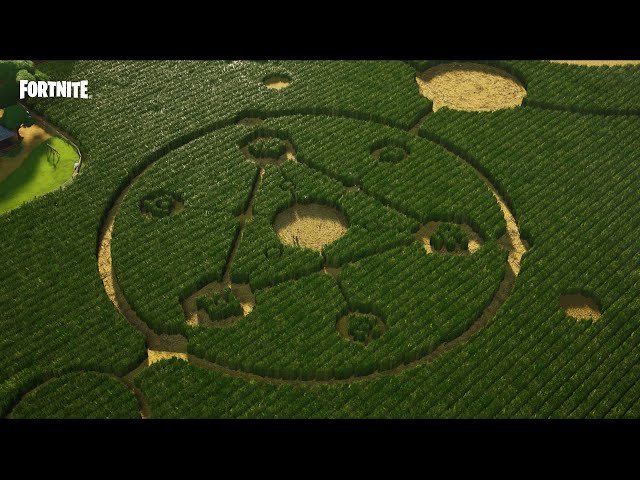 As the name suggests, there will be a swarm of Alien Parasites waiting in eggs nearby for the aliens to hatch. Zyg will also be a boss with his mythic weapon at this new location, after previously residing at Hydro 16 for a bit.

Aliens have been sighted on the west side of the Fortnite map, and they’re planning something big by terraforming a new POI.

Season 7 in Fortnite brought several new weapons to the game, like the IO Tech Weapons and the Kymera Ray Gun, and yet another is about to land. The Gravity Gun, which will allow players to pick up objects and toss them around, is coming soon after being teased on social media with the code name “Gravy Goblin.”

Basically; you won’t be able to “shoot” with this weapon, but you’ll be able to pick up stuff and yeet it at people.

The Gravity Gun won’t be a mythic weapon dropped from a boss, but it will have the rarity of a Legendary gun and may be found in the Tier 5 Vault of the Mothership. Players won’t be able to pick up everything in sight and will only be able to hold 120 shots in their inventory.

Big things are coming to Fortnite, some that progress Season 7’s story further and some that add yet another layer to the gameplay. With the amount of content released so far, it wouldn’t be surprising to see more leaks and features in the weeks to come.