Fortnite players are no strangers to bugs and glitches. From missing gold to Mothership weapons making their way onto the main map, the list is long. While most of these bugs and glitches are not really an issue for players in-game, they can, at times, get really intense and potentially ruin the game.

Much like the invisibility glitch that was discovered back in Fortnite Season 6, which could be used to turn raptors invisible, it would seem that some players managed to replicate the effect in the current season as well. With that said, it’s time to take a look at the new invisibility bug plaguing Fortnite.

Ever since the Inflate-A-Bull was added to the game during the second Fortnite 17.10 hotfix, players have discovered some unusual bugs while using the item.

Barely a few hours after the item went live, they began using it in conjunction with Rifts to break the game and become a God in Fortnite. Players became invincible and invisible, allowing them to almost “cheat” in-game and win.

Epic Games quickly identified this bug and decided to remove Rifts from the game until a proper solution could be found. Although a hotfix was applied, it seems that there’s more than one way of executing an invisibility glitch in-game.

Fortnite professionals Jesse and Jordan Eckley, better known as the x2Twins, are on a roll when it comes to finding and using bugs in-game. According to them, this new invisibility glitch is not always 100% successful, and opponents will sometimes be able to see the character in spite of the glitch.

In addition to being able to see the character, it seems that players using this glitch are sometimes only invisible to themselves, not to their opponents. Suffice to say, the glitch is not foolproof, and with the Fortnite 17.20 update coming tomorrow, it should be fixed as well. 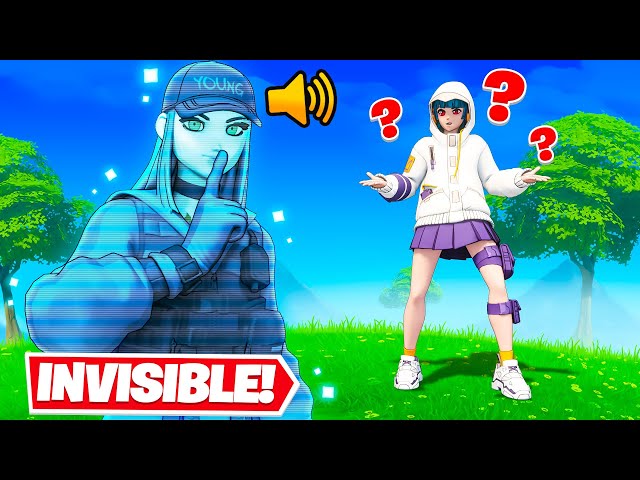 Although the gameplay is mostly harmless, players are still aggrieved by these glitches. According to Epic Games’ rules, they can get into trouble for using glitches in public matches, as it allows for unfair in-game advantage.

However, given that this glitch is Epic’s own doing, it’s hard to say if players could get into trouble for using it in public lobbies. Nonetheless, using exploits ruins the game for all loopers, and players should try to avoid them to support fair gameplay. This way, they can potentially avoid being reported for hacking.

No shit Sherlock,you becoming invisible and trying to win is unfair and cheating

Also Read: Fortnite Ariana Grande concert details leaked ahead of time – Here is everything we know so far