Fortnite World Cup is Up & Running; Here is Everything You Need To Know

The Fortnite World Cup is underway with its 5th week qualifiers on 11-12th May. The top players of the week secure their share of the $1 million USD and the top 4 of each region claims a spot in the Fortnite World Cup Finals, which is going to be held in New York, beginning on 26th July and ending on the 28th. The Finals have a gigantic prize pool of $30 million, which is the highest yet in the esports history. 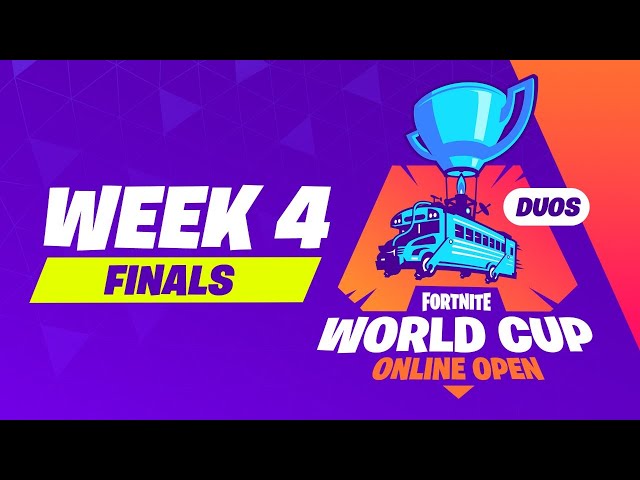 Fortnite World Cup: Where to watch?

The Fortnite World Cup is streamed in Fortnite’s official Twitch and Youtube Channel and you can catch up on any action you missed through the channel’s VODs.

If watching on twitch is not your thing, you can also spectate your favorite competitor in-game through the Competitive tab as of patch 8.50.

Below we’ve put together a timeline of the event, complete with dates and the type of event too.

For an in-depth schedule breakdown, the official Fortnite page has you covered.

Fornite World Cup: Who are playing in it?

While anyone, yes you heard it right, anyone can sign up and compete in the tournament, the already established Fortnite pros are trying to prove they have what it takes. That means you can watch your favorite Twitch streamer-player competing in this league.

One of the big names battling for the solo championship is FaZe Clan’s Turner “Tfue” Tenney after coming out on top in week three’s NA East qualifiers.

Ghost Gaming partner Timothy “Bizzle” Miller earned a spot in the Finals after placing third in the week one solos. This NA East player is a powerful rival, with over 96,000 Twitch followers rooting for his success.

Team Secret’s Kyle “Mongraal” Jackson and Atlantis’ Dmitri “Mitr0” Van de Vrie are another EU dynamic duo destined for the Finals after securing a place in week two. What’s notable here is that Mitr0 won the first Blitz Solo Showdown in 2018 so he has already proven he has what it takes to win.

Although I personally feel the unknown players can pack a punch, and since they don’t have the burden of expectation, they can play their best without much pressure. Also, it will be really interesting to see them with new tricks up their sleeve.

If you want to take a look at all the players currently competing and those who have already qualified for the Finals, Epic’s official site has what you’re looking for.