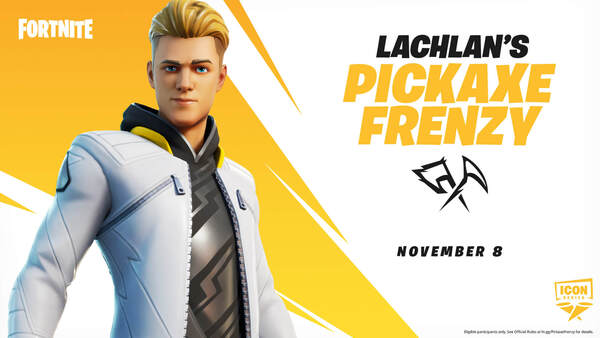 Fortnite has been updated to Version 14.50 today, and as usual, Epic hasn’t released detailed patch notes. The dataminers and players have dug through the latest version of the game to see what’s available, and rounded up the following details.

– Fortnitemares has ended, removing all features of that gameplay mode

– Jetpacks have made a return

– Fixed an issue with the THWIP Legacy not being awarded after requirements are met.

Creators can now use up to 150 Channels on their Islands!

The Button device now has an Interact Time option to slow activation.

The Conditional Button device can now be activated remotely via Triggers.

Fixed an issue where grass tiles appeared black on PC under certain conditions.

Fixed an issue where players could not create a new island without changing the island name to default.

Creatures can now navigate through doorways.

Creatures will now fling open closed doors to pursue players unless the door is locked by a Lock device.

Creatures should no longer get stuck on copy/pasted player-built structures.

Fixed an issue where the player could not pick up a Snowball after exiting the B.R.U.T.E.

Fixed an issue where certain prefabs and galleries were pasted outside the preview box.

Fixed an issue with a searchable prop in the Wood Shanty Hut and Wood Shanty Prop Gallery.

Fixed an issue with the water lily prop from the Wood Shanty Stilted Houses being too low for player interaction.

Fixed an issue with the Wood Shanty content tag missing a space between words.

Fixed an issue with a candle prop from the Wood Shanty Prop Gallery not being destroyed when pickaxe destruction was set to instant.

Fixed an issue with some of the single asset icons missing for Wood Shanty Prop Gallery assets.

Fixed an issue with roof assets from the Wood Shanty Roof Gallery A giving the wrong resource material.

Fixed an issue with one of the doorways from the Wood Shanty Wall Gallery A having improper collision.

Fixed an issue with the Swamp Cliff Gallery having incorrect preview sizing.

Fixed an issue that prevented copy/pasting of the Wooden House Trim from the Wood Shanty Wall Gallery B.

Fixed an alignment issue with the Princess Castle Archway Support.

Increased the number of available channels from 100 to 150.

Known Issue: The channel display on the Trigger device model has not yet been updated to show 3 digits, so channels 100-150 will appear as 00-50 on the device. This is purely a cosmetic issue and does not affect functionality.

Decrement Progress When Receiving From: No Channel, 1-150 (Default: No Channel).

Decrement When Receiving From: No Channel, 1-150 (Default: No Channel).

Increment Score on Awarding: On, Off (Default: On)

Set to Player Score When Receiving From: No Channel, 1-150 (Default: No Channel) – causes the score to be set to the current score of the player instigating the signal.

Added a new option to the Button device.

Interact Time: Instant, 1-10 seconds, 15 seconds, 20 seconds (Default: Instant) – determines the length of time that a player must spend interacting with the button before it activates.

Added a new option to the Conditional Button device.

Activate When Receiving From: No Channel, 1-150 (Default: No Channel) – allows the Conditional Button to check conditions for a player remotely by listening to an incoming signal from another device, effectively allowing most devices to have an activation condition.

Fixed an issue where the Baller jittered significantly after being interacted with by a player.

Fixed an issue where Matchmaking Portal island codes did not revert to the stored code after being overridden during a minigame.

Along with that, Epic has announced that a special event is coming to Fortnite starting this Sunday. The event, called Lachlan’s Pickaxe Frenzy, is detailed below.

It’s time to put the weapons down and take up your pickaxe.

Compete in Lachlan’s Pickaxe Frenzy starting Sunday, November 8, for an opportunity to earn Lachlan’s Cosmetic Set before it hits the Item Shop. Winners will have the chance to display the Lachlan Outfit and Back Bling, Pickaxe, and Emote in-game before anyone else.

In this tournament you and your two friends will need to find different ways to be resourceful to earn the Victory Royale. With only a pickaxe as your primary weapon, search for Rusty Cans, Impulse Grenades, Decoy Grenades and Supply Drops to protect your team and eliminate your opponents.

With no shields or healing items available, you’ll have to eliminate an opponent or Emote to regenerate health. One last thing: the building material cap is set to 10 per material, so make those builds count!

Go to the Compete Tab in the Game Lobby. Choose the Lachlan Pickaxe Frenzy Event and find the local time it starts for your region. Once the event window opens, you’ll have two hours to complete 10 total matches.. The event playlist will be available in the playlist menu once the event has started.

Make sure you have 2-Factor Authentication on your account. You’ll need two friends to compete in the tournament as filling is not an option.

Fortnite floating rings at Weeping Woods: Where to collect them all