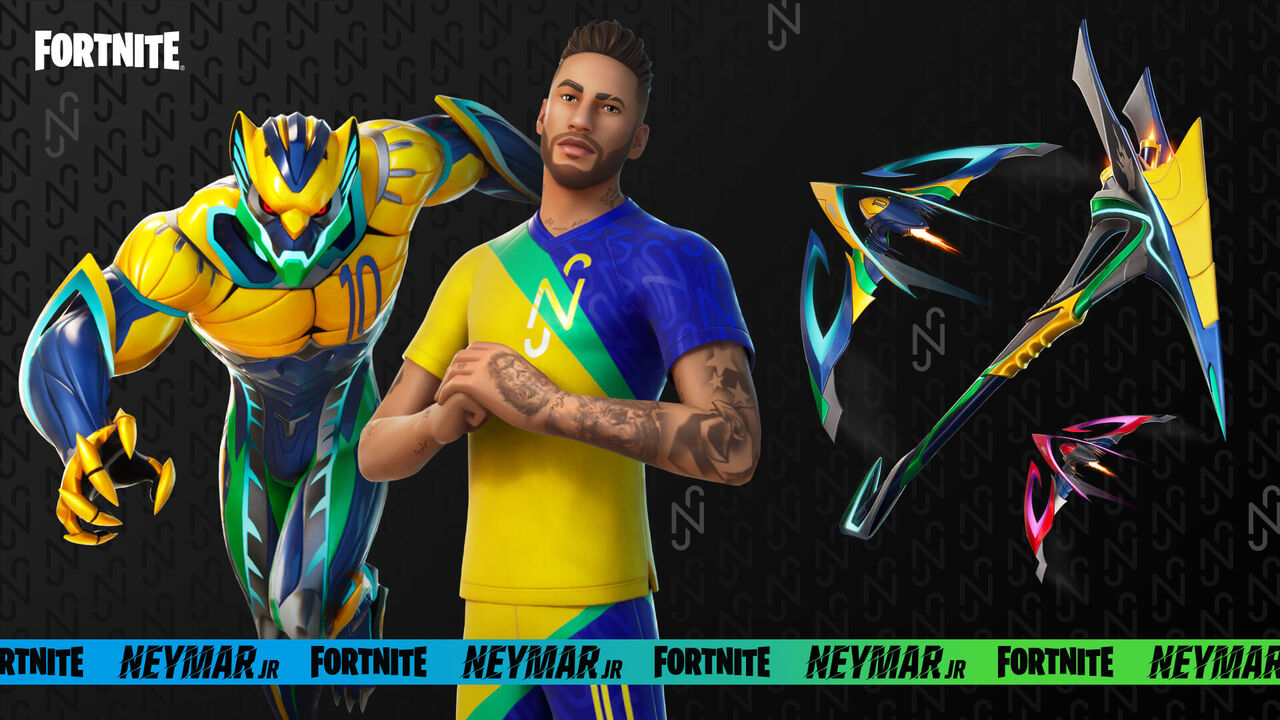 Update 3.14 has arrived for Fortnite, and here’s the full list of changes and fixes added with this patch.

Officially, the patch is known as update version 16.30, although it shows up as 3.14 for the PS4 system. The file size on PS4 is 3.1 GB and on PS5 it’s 2.4 GB. That being said, this new Fortnite update should now be rolling out to more platforms later today.

One of the biggest features of this date are new skins for Neymar Jr. If you don’t know him, he’s one of the more famous soccer/football players in the world. You can click here to read a guide on how to get him.

You can read what we know of the patch notes so far posted down below.

If you want to know more about this update, you can visit the Fortnite Status Twitter page. We will try to update this post if more notes are to be added.

The game is out now for the PC, PS5, Xbox Series X/S, PS4, Xbox One, Nintendo Switch and Android platforms.

Update: The full patch notes are here. Check them out below!

Now players can save progress over multiple game sessions, encouraging them to come back to your game again and again. Adding the device to your map will enable persistent tracking of eliminations, inventory, resources, and more across multiple sessions!

Building a Deathrun game and want players to pick up where they left off? The Save Point device is just what you need. Creating a racing game where you’d like players to be able to track their best lap time? Again, the Save Point device has you covered. Want to create an adventure game that’s too long to complete in a single sitting? You get the point, the Save Point device opens up a whole new world of possibilities for keeping your audience engaged, and we can’t wait to see how you use it.

Even more, vehicles join the fun! The Choppa has been added to the vehicle spawner’s device selection, so take to the skies and fly like a bird. Don’t forget, the Choppa is also compatible with the recently released Race Checkpoint!

We’re excited to announce the launch of the Fortnite Creative Documentation site. Docs on this site feature technical details for Creative features and systems — all written and published by the Fortnite Dev Team. It’s a great resource for all developers, with info for beginners who are just getting started as well as for seasoned Builders looking for a deeper understanding of Creative tools and techniques.

We will continue to add to the Docs site over time and give you a heads-up when new content is added. Give it a look and share any feedback you might have on how we can make it even more useful to you.

As we look to the future of Creative, occasionally we need to remove older features or fix unintended features which make it hard for us to develop new content.  This was one of those unintended features which people used to fulfill a need but is now blocking us from progressing on Creative. We understand that there is a legitimate need for something to fulfill the role of the items we’ve removed, and we are working on introducing some more suitable items to properly fill that gap in an upcoming release.