The Fortnite Team Rumble update has officially broken the mode, and the community is not happy. It’s unclear why Epic Games decided to do this, but the backlash is severe, with fans wanting it reverted immediately.

This mode has long been the best place to squad up and complete challenges. Unlike the Battle Royale mode, players can respawn here as many times as they need. The round only ends after a specific team score has been reached.

So apparently Epic chose to push an update to Team Rumble and I can’t express how unbelievable stupid they were to make these changes.

Before I go on, here are the changes I noted:

Unlike the BR mode, there are two teams and two busses. The map drop zones are divided in half. This allowed players from either team to explore their sides of the map for a while, unhindered by opponents. Owing to this feature, completing challenges or side tasks was a breeze.

Following the Fortnite Team Rumble update, this game seems completely broken, with players unable to complete challenges due to them being outside the safe zones. Usually, this is not the case with this mode, as the storm circle, just like the BR mode, moves in sometime after the round begins.

The Fortnite Team Rumble update doesn’t just make the safe zone smaller as soon as the game begins, but multiple players have even stated that safe zones have started appearing next to the storm circles and at times within it as well.

It goes without saying that mistakes were made when this particular update was being envisioned. Given how the map starts with a smaller safe zone, significant locations such as Retail Row, Coral Castle, and Dirty Docks, among others, have been completely cut off.

It’s perplexing as to why this was done, as many challenges are located at these locations. In fact, alien artifacts are also found at Catty Corner and Believer Beach and are now out of reach for players.

Indeed, many changes are not appreciated by some community members for various personal reasons. However, that is not the case with the Fortnite Team Rumble update.

The community at large is displeased with it and wants it reverted.

There is no official statement from Epic as of yet about why they implemented these changes. Furthermore, by the looks of things, the community doesn’t want an explanation. They just want their old Fortnite Team Rumble mode back.

Watch a video about the Fortnite Team Rumble update here: 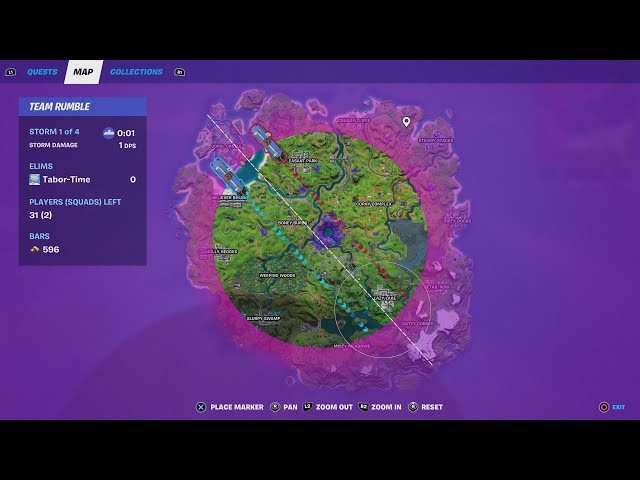 Also read: Where to find every NPC in Fortnite Season 7 – All locations and what they sell

Midas’ Revenge, Witch’s Brooms, Vaulted Shotgun And Everything You Need To Know