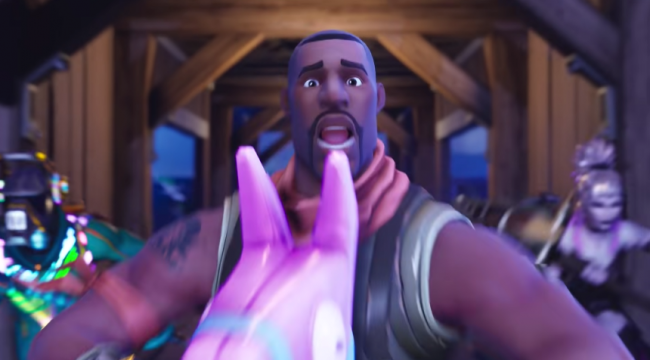 Jonesy has reportedly been spending the whole of this season going out and trying to round up hunters coming from different universes to the game like fans might have never seen before. The “Fortnite” season 6 skins are richer, the battle pass more challenging, and the map more jam packed!

It’s already been known that the upcoming “Fortnite” Season 6 was technically going to end in March and this is why “Fortnite” Season 5 did not actually run for just a bit longer compared to how the regular season would have run out for. Barring any sort of delays, the “Fortnite” Season 6 release date is said to go out as planned, according to an article by Heavy.

The official “Fortnite” Season 6 is expected to start around March 16 as evidence dictates through both in-game announcements as well as the Competitive blog post noting that the FNCS preseason kicks off during that day. This would also seemingly confirm that there aren’t really plans for a “Fortnite” Season 6 delay as of the moment.

There are a lot of fans worried about how long “Fortnite” can keep themselves interesting with their new themes. However, the new theme seems to coincide with Justice League Zack Snyder’s Cut which is also scheduled to launch this March 18 according to a post by Rotten Tomatoes. Basically, the “Fortnite” Season 6 is rumored to be focusing on something the game has closely been playing around with, DC comics!

The new “Fortnite” DC theme could potentially bring a number of miniseries featuring Batman and other interesting character storylines. With already a number of “Fortnite” DC skins and characters already in the game itself, having a full on season could be a huge jump for the game and could be the excitement that fans are waiting for.

A video on YouTube posted by PencilJar reportedly shows how the Fortnite Season 6 map might remain and also change in certain ways. However, the map is still technically a Fortnite map concept as of the moment and can’t really be considered the real Forntite map since the changes and alterations have to be confirmed by Fortnite themselves. However, the rendition seems pretty interesting as the map evolves and new things can be expected by players.

Read Also: ‘Fortnite’ Best Mythic Weapons and How to Get Them This 2021

The “Fortnite” Season 6 trailer, or rather the “Fortnite” Battle Pass Season 6 trailer actually shows a new addition to the game that could also turn things around! Imagine more cute and cuddly making its way to the game! “Fortnite” Season 6 Battle Pass trailer reveals that the game will be getting even more cute pets! The trailer shows pets like a Dragon, a Dog, and also what looks like a Chameleon. Players might want to get themselves a companion to fight against the DC villains and as of the moment, pets might be a reliable choice.

Related Article: ‘Fortnite’ Cuddle King Skin: How to Get Rare Item for Valentines, and Everything to Know