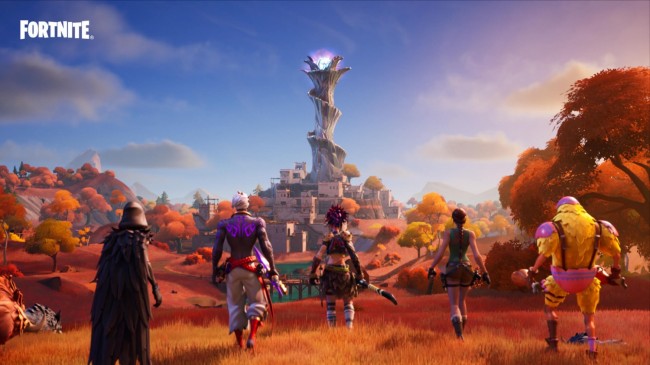 “Fortnite” Season 6 is here, and it introduces players to 46 new NPCs who have a quest or items to share and welcomes video game characters and real-life sports legends to the new battle pass.

The latest season also brings in the crafting system for the first time, allowing players to upgrade and transform weapons as they go.

‘Fortnite’ Season 6 NPCs: Where to find them all

“Fortnite” Season 5 introduced players to 40 friendly NPCs from whom they can interact and receive items. Season 6 has ramped up that number and also added in hostile NPCs who will attack players on sight.

ScreenRant posted a list of all the NPCs that players can find in season 6 on Saturday, March 20, while Twitter user @meetlootllama created and shared a comprehensive map showing the approximate spawn locations for all 46 NPCs.

This quick guide will help players better understand what kind of NPCs can be found on each location in the map:

To learn whom among the 46 NPCs are best to visit for Arena and Tournament Play, YouTuber NSOO went to each one to test them all.

In the video he uploaded on Thursday, March 25, NSOO identified five NPCs that are worth visiting, such as those that offer easy Gold Quests, weapon upgrades, and kit improvements.

“Fortnite” has once again expanded its horizons in season 6, bringing in famous characters, both real life and the video game lore.

One of the most notable skins in the game to date is Brazilian soccer superstar Neymar Jr. Paris Saint-Germain’s forward Neymar Jr. becomes Fortnite’s first-ever sports legend to appear as a skin.

According to a March 17 article from GameSpot, players can go over to the challenge section on the Battle Pass to unlock the Neymar Jr. Skin, and more challenges will be added to the game until Neymar Jr.’s official release.

To unlock the Classic Lara Croft Skin, players must complete 31 epic quests and reach rank 15 in the battle pass.

Fortnite Gnome Location: Where To Search Between A Race Track, Cabbage Patch, And Farm Sign