With Zero Point unstable, the various hunter portals on the island have also begun destabilizing as well. They even emit weird noises when approached, as discovered by YouTuber Tabor Hill. 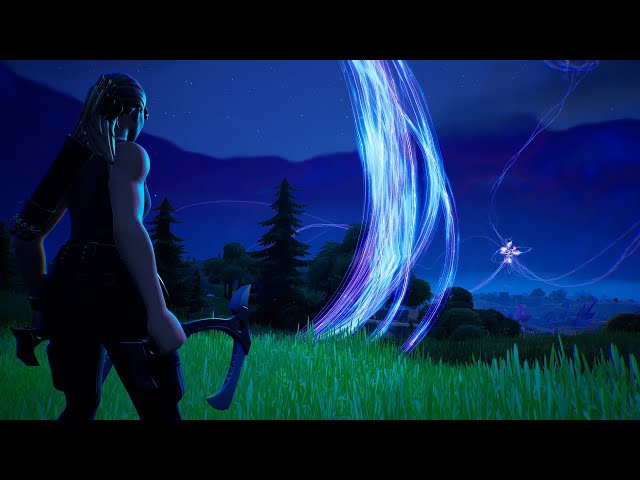 As noted by Tabor Hill in the above video, the hunter portals have been making some weird noises, which can be described as a swoosh. The original music from the portal can still be heard if players stand at the perfect angle where the picture can also be seen. Otherwise, it’s just the eerie pulsating noise that’s heard from around these portals.

The pulse from Zero Point doesn’t have any apparent effect on these portals just yet, but with around five days remaining for the live event to kick Fortnite Chapter 2 Season 6 off, the portals may undergo some sort of change as well.

The Zero Point is becoming more “unstable” and now emits a shockwave every 2 minutes (Before it was every 4 minutes). It’s also getting more purple over time!

What these changes are can be really hard to predict at this point of time, however the Zero Point looks exactly like the Zero Point from Season X. Given that there was a brand new map after the Zero Point exploded before Fortnite Chapter 2 commenced, there’s a chance that the same might happen this time as well. Although there may not be a new map this time, a few old POIs ought to be there in the game.

This image was posted on the Fortnite Xbox Group a few hours ago! It could probably show the “main color scheme” of the Season 6 teasers or just for the season in general!

All the leaks and teasers available in the game hint that the game is moving backwards at this point in time. The banner for Fortnite Chapter 2 Season 6 was leaked on Instagram.

The color scheme and the patterns on the banner resembled the one from Fortnite Chapter 1 Season 4, indicating that the meteor that punched a hole in Fortnite island back in Chapter 1 may return during Fortnite Chapter 2 Season 6 as well. This also hints at the fact that the game may be moving backwards in time because Fortnite Island is in a loop.

Some information for people who are interested in Fortnite lore:

In the Batman comics, Batman actually ESCAPES the loop, and it turns out skins like Eternal Voyager, Bandolette, Magnus, Fishstick & some others are no longer trapped in the loop either!

Leak: These Big Map Changes Are Coming To ‘Call Of Duty: Warzone’ For Season 5