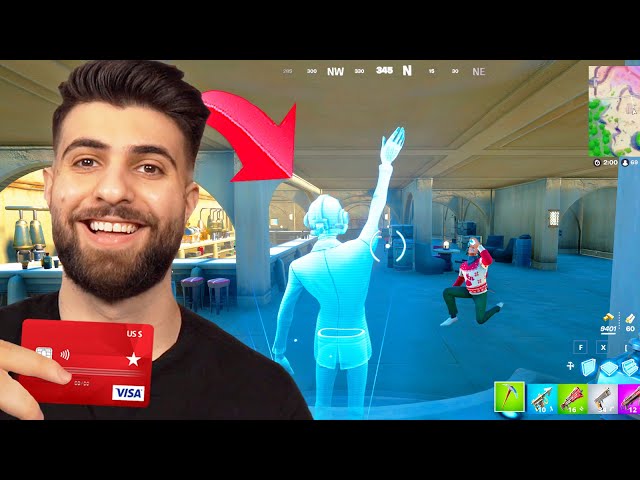 The Hologram placed at the Cantina can be seen performing the “Sing Along” emote that was introduced during Season 5. Players who can accurately synchronize their own emote with that of the hologram will render themselves undetected by other players.

The Breakpoint skin was available for purchase from the Item Shop in Fortnite until it was cycled out of the store in July 2020. However, players who have the skin in their inventory can easily execute this “pay-to-win” strategy and go undetected for a long duration.

Fortnite has faced similar allegations in the past from popular content creators and community figures. Although skins in Fortnite are not supposed to enhance a player’s abilities in any way, sometimes, they can grant players with a slight tactical advantage because of the design.

Nevertheless, continuous allegations about making Fortnite “pay-to-win” is definitely not something that Epic Games would want to grow. However, the scenario pointed out by SypherPK clearly indicates that anyone can execute this trick, as long as they have the two necessary in-game cosmetics.

Players will require the Breakpoint skin as well as the Sing Along emote to try and execute this strategy accurately. It is extremely difficult to synchronize the player’s emote with the hologram, however, players can easily achieve the same with a little bit of practice.

Despite popular community figures like SypherPK throwing light on the incident, Epic Games is yet to make any official comments regarding the same. However, given the impact that this specific scenario can have on the outcome of a match, it is almost certain that the developers will soon tweak this “pay-to-win” element from Fortnite.

Fortnite: Emote as Storm at the Center of the Eye of the Storm!

How to unlock Skin Deadpoola in 12 season Fortnite?