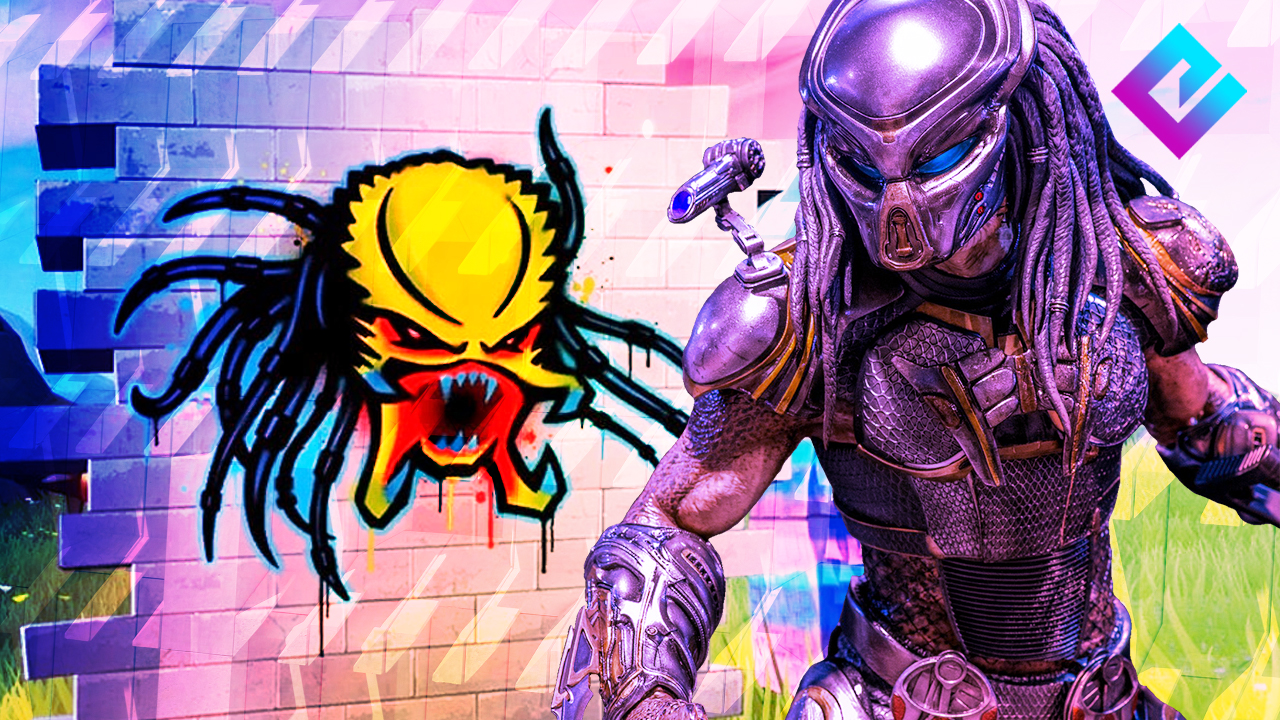 The next Fortnite hunter may have been revealed as well as the next crossover event for Epic Games and a movie franchise. Season 5 is chugging along. It looks like the next hunter to join the game will reportedly be the Fortnite Predator skin and event.

Yes, you read that correctly. Leakers report that the next crossover hunter skin in Fortnite Season 5 will be one from the Predator film universe. If these leaks are to be believed, there will be an actual Fortnite Predator skin within the next couple of weeks before the end of the current season.

The source of these leaks come from our Fortnite data miner pal ShiinaBR who has posted about the latest major leak to happen for the massive battle royale game. According to the data miner, some new mystery rewards have been revealed for the game. They point to an exciting crossover.

The supposed upcoming mystery rewards have leaked. They show an inquisitive and familiar face for those of you who like horror-like movies. The screenshot that the leaker showed off on Twitter, giving further fuel to this leaking fire, is a new spray reportedly coming to the game soon.

The spray is called the Heat Vision Hunter one. It shows that a player who uses it will be able to spray the face of a terrifying alien creature of some sort. The creature has some kraken-ish, Cthulhu-like qualities, with strange tentacles coming out of its head.

The head itself is a yellowish color and has some sharp fangs that can be seen. This spray is honestly kind of terrifying, especially for a usually family-friendly game like Fortnite battle royale. But it makes it clear that this is none other than the Predator itself.

The Predator movies have been going on for decades, with a recent reboot of sorts that happened relatively recently. It makes sense that the franchise would want to make some crossovers with video games and keep relevant to the current culture.

But to have an actual Fortnite Predator crossover? That is pretty crazy, but it seems exceedingly likely that this will happen, given the screenshot that we now have. In the screenshot, we can see that there are many different cosmetic items listed on the bottom of the screen.

There are nine in total, with different rarities for each of them. Most of them have question marks on them so that we are unable to see what they look like, but the first three have already been revealed, letting us see even more Predator-themed Fortnite cosmetic items.

The first one looks to be a sticker emote or something like that of the Predator’s face but with the signature helmet on it, instead of the naked face that we see in the leaked spray item. The second one looks to be the same marker that Predators use when hunting down poor humans.

And the third one is the already mentioned leaked spray that we know about. According to the leak, these mystery rewards seem to be part of the Jungle Hunter quests that are seemingly going to unlock in about 28 days. This would mean that we have potentially a month or so until the Fortnite Predator crossover happens.

ShiinaBR made it clear that it doesn’t stop with just these items, either, as it will be reportedly a full-on limited-time event of sorts that will happen in Fortnite Season 5. It will feature the Fortnite Predator as the next hunter in the game to join the ranks of The Mandalorian, Kratos, Master Chief, and more.

This makes honestly perfect sense as the Predator is the ultimate alien hunter of sorts, with an entire movie franchise spanning decades is about him hunting down poor humans trying to take him out. And sometimes even the aliens from the Alien franchise as well.

As such, a Fortnite Predator skin makes a lot of sense for the hunter theme that Epic Games has going on this year with Season 5. It also makes sense since Disney is now the company that owns the movie franchise and has collaborated with Epic Games for a long time.

It seems odd to have such a violent movie series and character be in Fortnite battle royale, which is not super violent and is for everyone, but this isn’t exactly new to the game. There have been some more questionable characters who have joined the title in the past.

For one, Kratos is a rated M video game character who has been in highly violent, gory, and even naked games in the past. And then in the movie department, there is John Wick, which is also a very bloody movie with lots of gore and people dying all of the time.

So, Fortnite is no stranger to hosting some characters who are not very E for Everyone at all. Regardless, the Fortnite Predator event will be coming soon, according to these leaks, and even have many challenges for players to complete.

We imagine that you will be able to unlock the Predator spray and some of the other items through the event challenges and maybe even the official skin, too. We wouldn’t be surprised if other stars from the franchise, like Arnold Schwarzenegger’s character, joined as well around that time in the item shop. And could this also lead to an Alien crossover with Fortnite someday? We’ll have to wait and see for now.