The Fortnite community has experienced toxicity in the online gaming realm since its inception. However, nothing can be compared to the current state of the game in Fortnite Chapter 2 Season 5.

Fortnite must have the most toxic community 🚫🧢

Fortnite has a massive influence over youngsters with its ever-growing narrative. This makes players particularly vulnerable to online toxicity and clout-chasing trends.

Currently, the community has reached its tipping point as the in-game toxicity, and clout-seeking behavior from youngsters is ruining the game.

On the surface, numerous aspects could be improved in Fortnite. However, experts claim that the real problem lies in the community-developer interaction or the lack of it thereof. 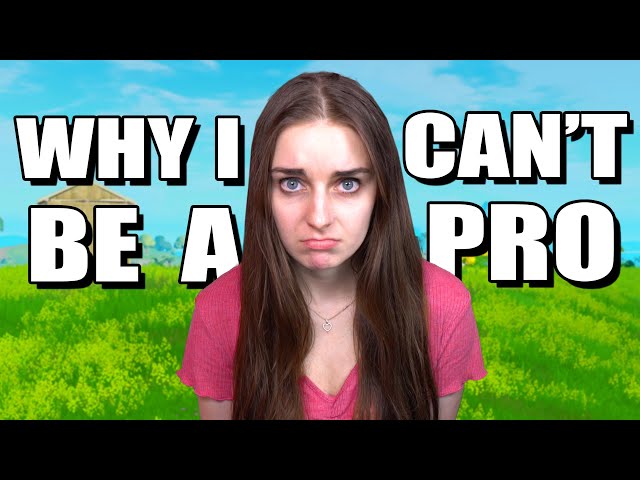 Several popular gamers have isolated themselves from Fortnite. Even household names like Turner “Tfue” Tenney, Jack “Courage” Dunlop, Nicholas “Nickmercs” Kolcheff, Tyler “Ninja” Blevins only return to the game once in a blue moon.

Fortnite has been accused of toxicity in the past, but nothing compares to the current frustration within the Fortnite community.

Fortnite unfortunately will never stop collaborations, because of running out of ideas and money. And to be honest, it’s a bit cringey that almost everything is in the game

NOOO FORTNITE PLEASE STOP I DONT WANT TO SEE MY FAVOURITE MARVEL HEROES IN THIS GAME MADE FOR KIDS.

Epic Games have collaborated with icons of pop culture in the past. They were introduced in Fortnite as an outfit as well. However, in recent seasons, the game has taken a turn for the worse in terms of design.

The people is stupid
Only because Kratos is gonna to be in Fortnite that means that the game is ruining the character and the saga? Wtf?
It’s just a game, It’s just a skin, It’s just a fucking collaboration.
Stop crying in the comments guys, use a little of logic. :/

From Aquaman to Iron Man and the Mandalorian, Epic is trying to create a rich multiverse to extend their narrative. However, this grand design is affecting the Fortnite community adversely.

The recent outburst with the Kratos outfit coming to Fortnite proves that Epic is taking the collaboration idea too far.

While players love a new outfit or two, continuous collaborations have turned Fortnite into a popular culture fest, which has altered the game’s dynamics. Along with these characters came the concept of overpowered exotic weapons, which according to many, do not have any skill requirement.

Stop stupid non-shooter themed collaborations, stop banana skin, stop, clown updates, we want a more serious and competitive FORTNITE and not this stuff for children. I’ve been playing for 14 seasons, so thank me? Really? 😔 Listen to us veterans.

Many in the Fortnite community are urging Epic to keep the collaborations at a minimum. Perhaps, restricting them just to cosmetics would be enough.

I think stream snipers are gonna ruin this idea

Who wouldn’t want a clip of build fighting and eliminating Ninja, Bugha, or Clix, right? That is the sort of attitude which has given birth to a toxic generation in Fortnite.

In truth, most of these stream-snipers are huge fans of the iconic streamers. Their mission is to get one clip of eliminating their favorite or popular streamer at any cost.

By doing this, they propagate a toxic culture and end up ruining the streamer’s gameplay. This has become a recurring phenomenon in Fortnite, and it has to be addressed soon.

It’s really hard to get super good at fortnite while worrying about streaming only because of stream snipers ;/ every game all day every day🥺

While Epic has put in several measures to tackle these issues, educating these youngsters would be better than banning them from Fortnite. Encountering a stream-sniper in Fortnite has become a regular occurrence for streamers.

Popular streamers and pros that quit Fortnite have complained about this for a long time. It’s unlikely that they will come back until things are fixed.

Wait fortnite has patch notes? Last time I played in Season 2 of Chapter 2 there were no patch notes. Maybe they changed it since then, if they did than that’s my bad.

Speaking of things that need to be fixed in Fortnite, the community-developer interaction definitely tops the list. Ever since the patch notes stopped, players have complained about numerous issues popping up randomly in-game.

The Current State Of Fortnite

Epic has constantly stated that players will be encouraged to play the game and try the new weapon changes themselves, rather than reading about it in the patch notes.

Some Fortnite community experts believe that gamers will never get to know what is new in the game without the patch notes.

As everyone would come to expect, there will be no official Fortnite patch notes for 15.30. However, we know the main features of the update as it was tweeted on the Fortnite status account.

Glitches and bugs are part and parcel of designing video games. They pop up every time something new is added. Without proper knowledge of these additions, Fortnite gamers feel like they’ve been left in the dark.

Fortnite has become a God awful game with a toxic community and if you can’t build faster than Bob the Builder on steroids, heroin and cocaine then you’re bad at the game. People don’t even fight anymore, they just build

Fortnite has turned into a household name since its inception. Children and teenagers love playing the game, and the player base is growing steadily. However, the disparity in the skill-level often initiates toxic interactions.

The Fortnite Community itself makes me not wanna play the game.

It’s so sweaty nowadays. Everyone is toxic, it’s just not cool anymore either. I love the game but man. The community I think ruined it for the most part.

There is a visible gulf in class between a new Fortnite player and a 12-hours-a-day veteran. Under any circumstances, matching them in the same lobby wouldn’t be logical.

Due to the abundance of tutorial videos and complex strategies, new players forget to grasp the basics first. They try to deal with complex ideas like piece control before properly building a 1*1 box in Fortnite.

Not alot of people play on switch and that comes from a switch player do you know why? Because of dumb epic games they don’t fix glitches no 60fps on physics fixed and Because of the Nintendo community hating on fortnite they are so toxic and how gets a switch for fortnite lol

Often, new players receive abuse when someone with a higher skill level eliminates them. This sort of behavior sets a poor example and propagates the toxic culture in Fortnite.

Am I the only one who gets triggered when people call someone “toxic”? Nobody I’ve seen in Fortnite is someone I would actually call toxic and I played league of legends for years. It’s really evident most of these kids have never played competitive sports before either lmao

It is impossible not to mention the rivalry that goes on between pros. From cheating accusations to last-minute team changes, the competitive Fortnite community has been through it all.

Fun Fact: there’s a toxicity competitive ban in fortnite, hopefully epic starts using it asap because most of the comp community kids are annoying & toxic af.. (not talking about the whole aim assist debate).. since the comp fortnite started to grow the toxicity started to spread

In recent months, numerous pros considered quitting the game because of the low prize pools. However, Epic turned things around for the best by announcing a $20 million FNCS in Fortnite Chapter 2 Season 5.

What are all these threads about fortnite competitive being “toxic”? to me, all of this is very good as it shows a non fake, non hypocrite, non sugar-coated image of what competition is at the highest level. It proves that pros CARE about winning more than about their image

The bigger prize pool naturally rouses players to give their best performance. Presumably, there will be several more “cheater” allegations to follow during the FNCS.

Based on the moderations implemented in recent tournaments, this season promises to deliver one of the best FNCS of all time.